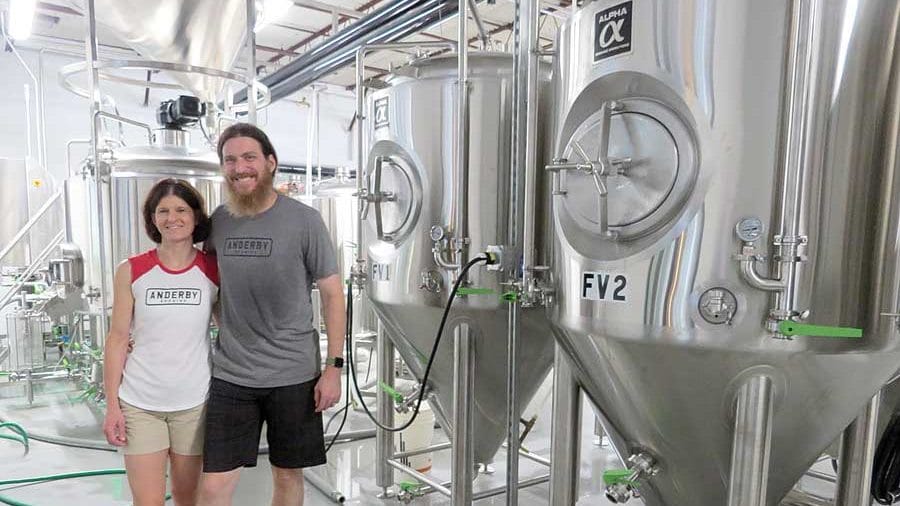 A dog-friendly brewery with event space in Peachtree Corners

On Saturday, July 27, Anderby Brewing opens its doors to the public. Its location at 110 Technology Parkway features a spacious taproom that opens out onto a patio with outdoor seating and a 75-inch flat-screen TV.

The beer menu pays homage to Georgia, and specifically Peachtree Corners. The owners, Michell and Preston Smelt, are brewing specialty beers for the opening. Among the offerings are the “Jay Bird Bitter” and “141 Lager,” as well as “Helen,” a Vienna lager.

“We use the beer styles as a guide, but we’re going to have fun with it,” Preston said. “If people really like it, we’ll make it again. My goal is to make stuff that sounds good to us and hopefully, others will like it too.”

Preston started making beer about seven years ago after his wife, Michell, purchased a Groupon for beer-making lessons and a kit. He learned how to brew and then started putting together different recipes, ultimately creating a pilot system with multiple propane tanks. The name, “Anderby,” stems from a small town in England where Preston traced his ancestry.

“We have a 10-barrel system in our brewhouse, and all of our beers will feature malts from Riverbend Malthouse in Ashville, N.C.,” Michell said. “To start, we’ll have six beers on tap, including a pale ale, a couple of IPAs, a blonde and a bitter.”

Some of the up and coming offerings will include a Double Chocolate Oatmeal Milk Stout, a porter and a couple of lagers. “We can have up to 20 beers on tap at any given time,” Michell added.

Anderby won’t sell food but will have snack offerings, and patrons are welcome to order food through services like Grubhub and Uber Eats.

The brewhouse also houses approximately 1,000 square feet of event space with its own bar.

One more thing — dogs are welcome. “We are avid animal lovers and Anderby will be dog-friendly,” Michell said. 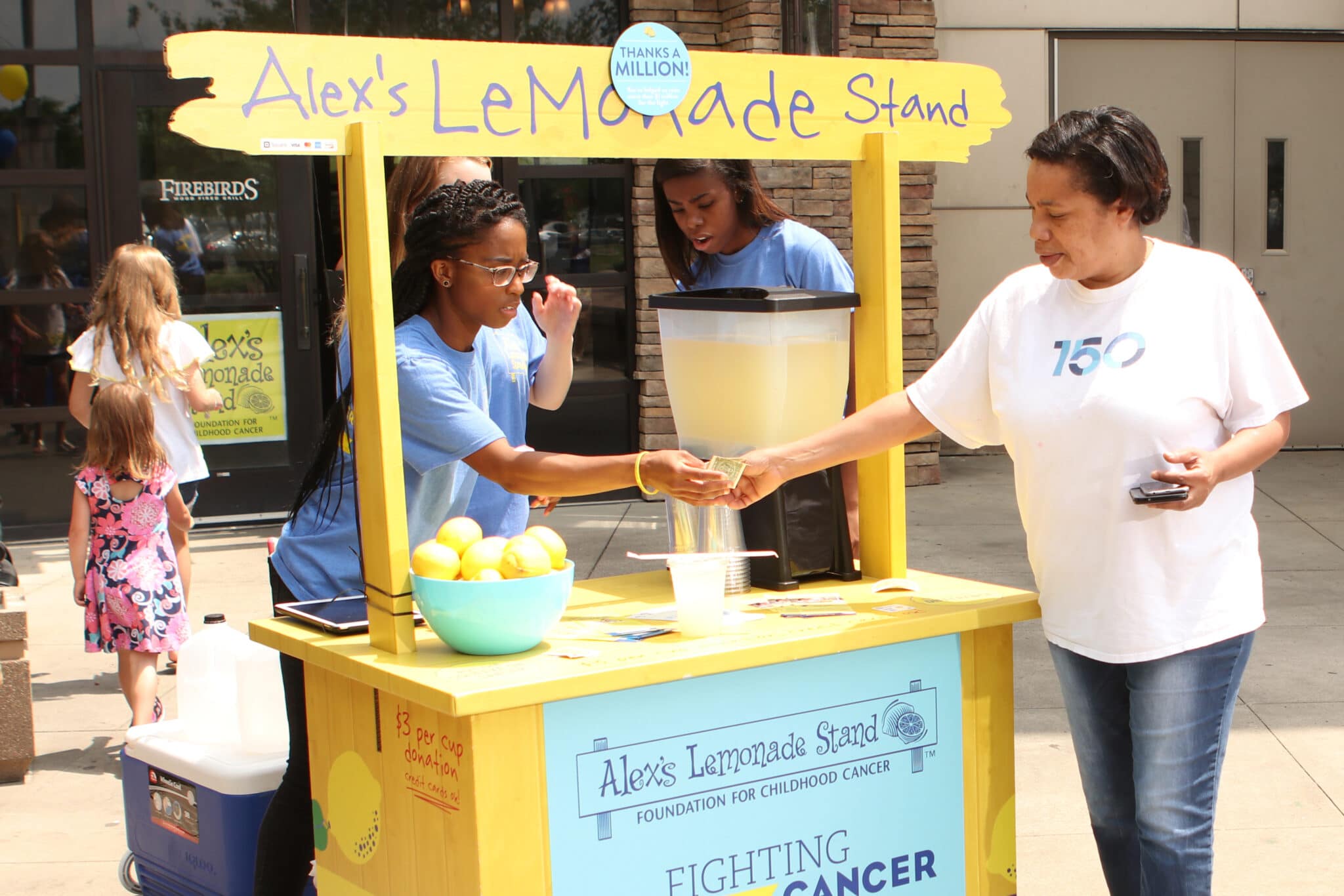 Firebirds is a proud partner of Alex’s Lemonade Stand Foundation (ALSF).  The delicious Lemonade Days fundraising promotion is being held June 1-30, with a big push June 11-13.

Thank you for your support and continued partnership. 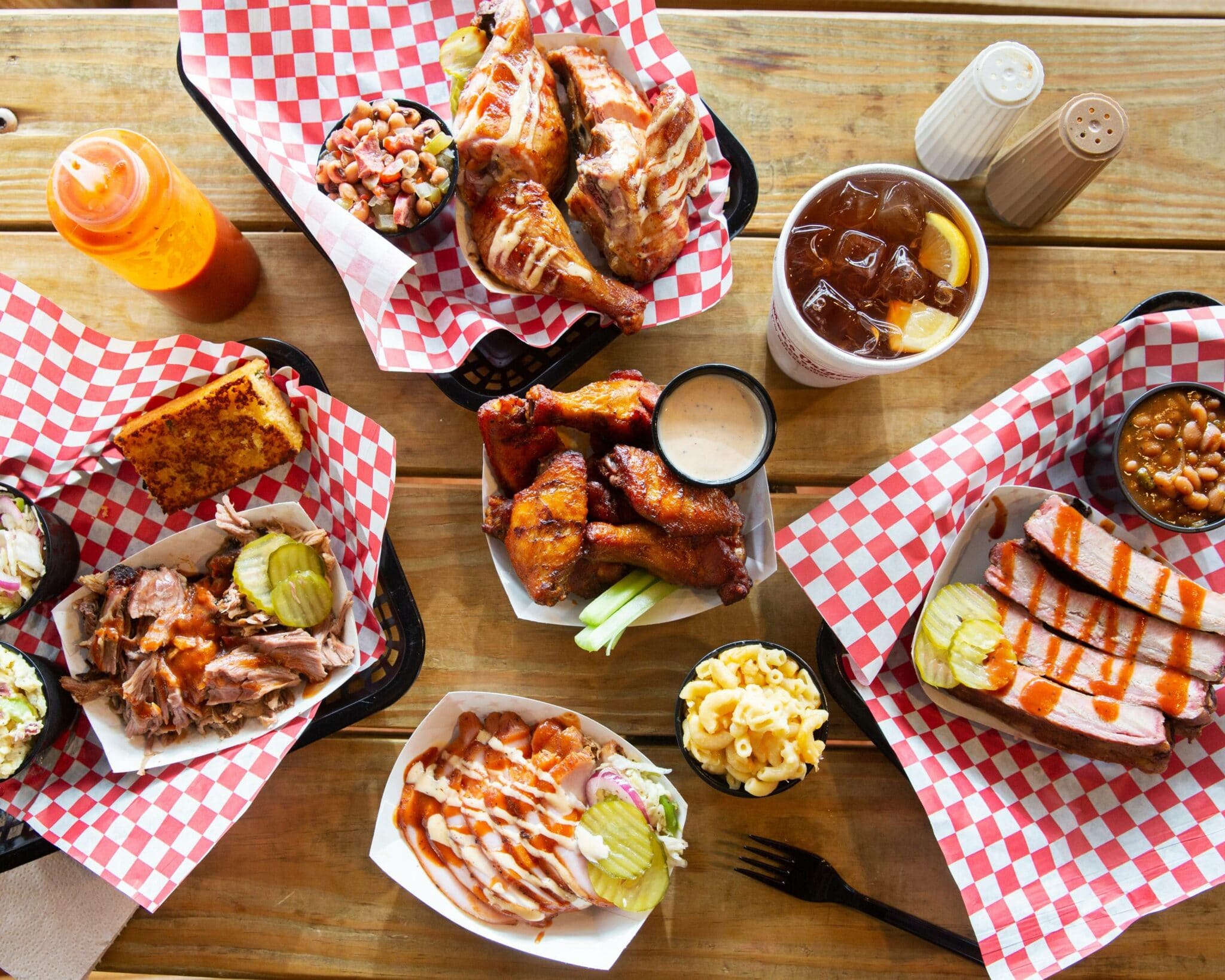 Scott Carlock, Harris Carlock, along with Kyle McCarter opened a new Moe’s Original BBQ in Peachtree Corners. This almost 2000 square foot fast casual restaurant is a great place for the community to enjoy a meal together, celebrate little league victories, birthdays and watch their favorite sports on TVs around the full premium bar or on the large outdoor patio. Pick up and delivery service is available from Chow Now and Uber Eats. Premium catering services with a service-oriented staff is also ready to accommodate any group for parties and events.

Serving Alabama-style BBQ since 1988, Moe’s Original BBQ has been named in the Top 10 BBQ Chains in America by USA Today and The Daily Meal, one of the fastest growing, emerging restaurant chains by Restaurant Business Magazine, and one of the Top 10 Rib Joints in the U.S. by Relish. 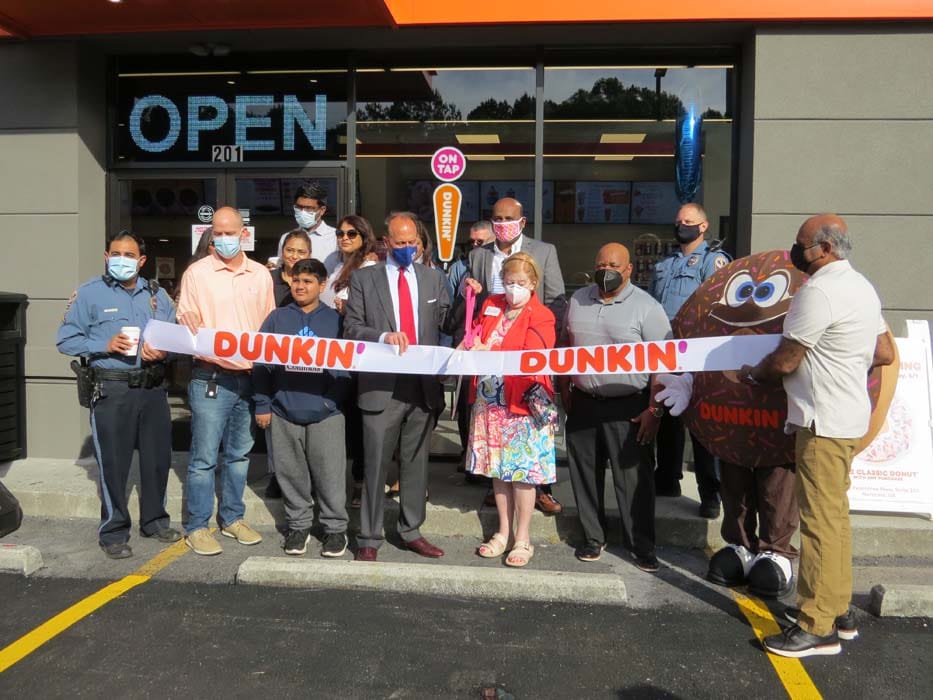 Dunkin’ celebrated the grand re-opening of its Peachtree Corners restaurant located at 5075 Peachtree Parkway on Friday, April 30. The newly remodeled store, which now features Dunkin’ and Baskin-Robbins’ Next Generation store designs, hosted a re-opening celebration on April 30 where guests can receive a free donut with any beverage purchase from Friday, April 30 through Saturday, May 1.*

Dunkin’s Next Gen store design features innovative technologies to enhance the guest’s experience and make their daily Dunkin’ run faster and more convenient than ever before.

The newly renovated 1,800 square-foot restaurant employs 12 crew members and is open daily from 5:00 AM to 12:00 AM. Additionally, it features Dunkin’s new restaurant design, with a modern atmosphere, a convenient drive-thru, and innovative technologies, including:

The store will also offer the Baskin-Robbins next generation “Moments” store design to give guests an entirely new and engaging experience when they visit Baskin-Robbins. The new store concept is designed to deliver on Baskin-Robbins’ commitment to bringing guests great flavors and memorable moments.

Key features of Baskin-Robbins’ “Moments” next generation store design include:

*Limit One Per Guest. Offer valid only from April 30 to May 1. Open to Peachtree Corners Residents, 18+/age of maj. Official Rules available upon request at 5075 Peachtree Parkway, Suite 201 Peachtree Corners, GA 30092