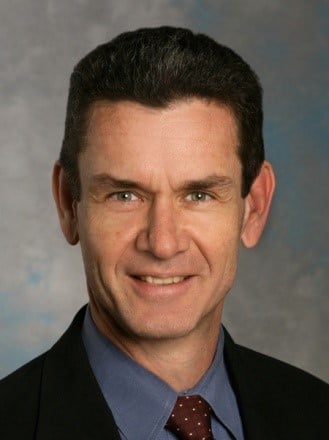 Mr. Dave Culp becomes Director of Fuel Cycle Consulting at NAC International, where he will lead the company’s consulting activities related to the nuclear fuel cycle. He reports to Michael McMahon, Vice President of Consulting and Strategic Projects at NAC. 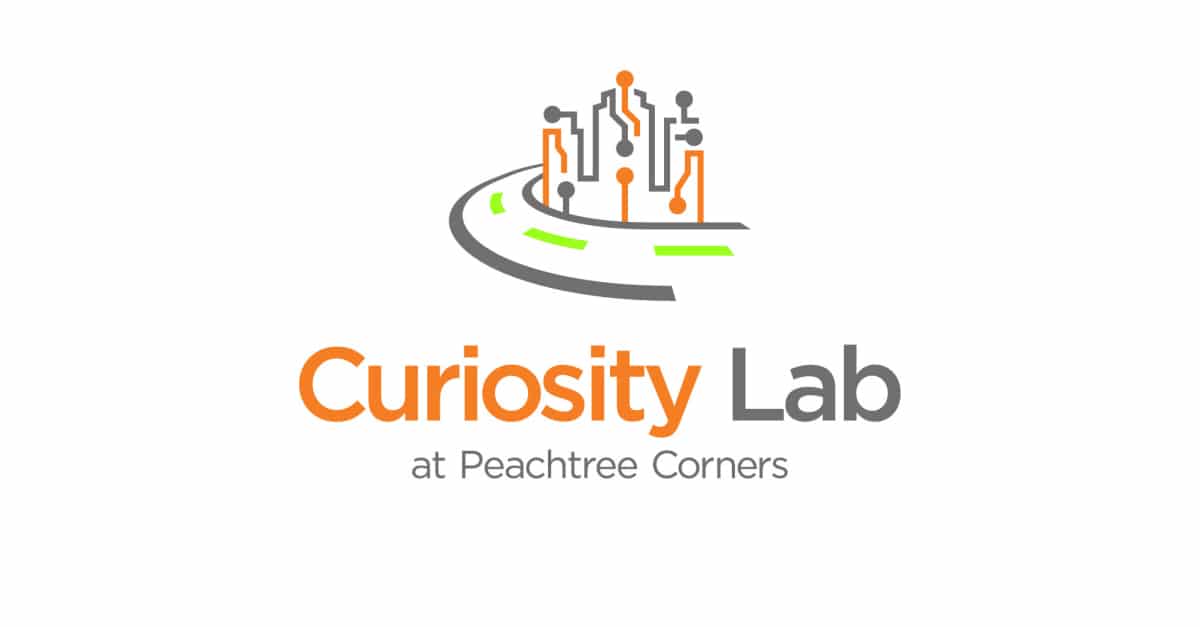 Curiosity Lab at Peachtree Corners is a publicly funded living lab designed to provide a real-world test environment to advance next-generation intelligent mobility and smart city technology. Experience the innovation for yourself at one or more of these upcoming events.

June 30 – 12:00-1:00 PM EST – Cynamics.AI is a Curiosity Lab member and expert in cybersecurity.  They will walk us through trends, including what’s happening in the era of COVID19, and strategies for founders in Smart City, IoT or Mobility or civic leaders. https://tinyurl.com/CynamicsCL 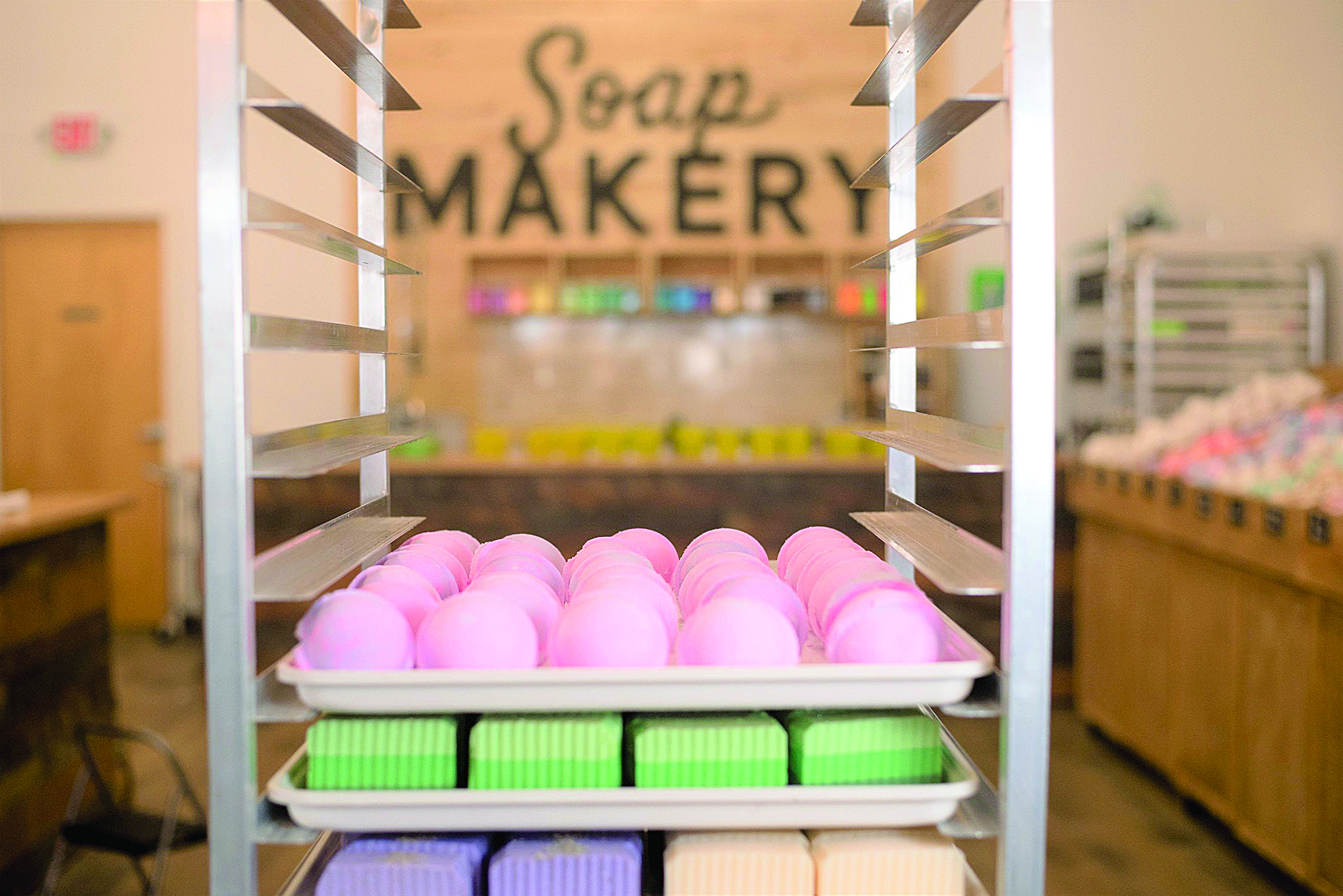 Peachtree Corners is getting its own Soap Makery. Buff City Soap — the brand known for its fresh, handcrafted soaps made daily in-store by local Makers — opened its second Georgia store, just weeks after opening its first. The new store opened in Peachtree Corners on May 2.

The new shop is owned and operated by husband-and-wife duo Matt and Leslie Taylor.
Previously, Matt served with the Memphis Fire Department for nine years. During his time at the Fire Department Academy, he met Brad Kellum, the co-founder of Buff City Soap.

Once Brad started Buff City Soap, Matt began using the products and fell in love with them. Matt currently serves as a Lieutenant at the Atoka Fire Department just outside Memphis. No stranger to serving the public herself, Leslie has spent the last 13 years as a pediatric nurse at a local hospital.

“After watching Buff City Soap grow from the ground up and being faithful customers for the last seven years, we knew it was time to get involved with the brand,” said Leslie. “We cannot wait to help grow Buff City Soap’s presence in Georgia, and we are confident that the Peachtree Corners community will absolutely love our array of assorted handcrafted products.”

Buff City Soap recently created a new soap called “Birthday Song,” which gets its name from the Centers for Disease Control’s recommendation of singing the “Happy Birthday Song” to yourself twice while washing your hands with warm water to safely clean your hands. For each bar of Birthday Song Soap that is sold, Buff City Soap is donating $1 to local and national COVID-19 relief efforts.

Due to the pandemic, the store is ensuring that it has products available for the community, so the new location is offering curbside pickup and online ordering, with transition to the in-store experience as it is deemed safe in order to maintain the health and welfare of the staff and customers.

Technology Park changed the face of Peachtree Corners forever. Thanks to a few key people who dedicated their lives to science, Peachtree Corners has become a technology hub that the rest of the country can look to for ideas and innovation. Residents are familiar with the person who started it all, they see his name on bridges and schools; Paul Duke is known as the “Father of Peachtree Corners.”

Paul Duke’s Mission
Back in the 60s, Paul Duke was on a mission to create a stable environment that would keep
Georgia Tech graduates in the state of Georgia. And because of the influx of technology jobs to the area, “Tech Park” ended up being the catalyst that put Peachtree Corners on the map.

Duke modeled the idea after the “Technology Triangle” in North Carolina, but he knew that if they wanted to fill up these corporate buildings with engineers and scientists, they had to also build a desirable place for their families to live. So, as a member of the Georgia Tech National Advisory board at the time, Duke managed to raise $1.7 million for his vision.

“Paul was a dynamic and forward-thinking individual,” Jim Gaffney recalled. “He was a visionary who wasn’t any sort of braggadocio, he just wanted to produce good work.” The late Terry Gaffney, who was a secretary to Paul Duke, described him as being a “quiet-spoken” man who worked hard behind the scenes and didn’t seek to find praise for his efforts. Like Walt and his “Carousel of Progress,” Paul Duke went forward into the unknown with nothing but his dreams for the future.

Technology Park and Early Communities
By the late 1960s and into the 70s, most of the major cities were dealing with riots and turmoil while Atlanta was booming. Technology Park, just outside of Atlanta, was thriving too and already housed big names such as Scientific Atlanta, GE and Hayes Micro-computer systems. In fact, the world owes a tip of the cap to Technology Park for the creation of the modem, which was developed right here by Dale Heatherington and Georgia Tech alum, Dennis Hayes.

The Technology Park side of the “Live and Work” idea was headed by another Georgia Tech alumni, Charles Brown. Together they managed the creation of Technology Park and turned the idea of Peachtree Corners from nothing but a whisper into a reality. “Peachtree Corners Inc.” was not only the name of the development corporation created by Paul Duke himself, but it was quickly becoming a household name as well.

The arrival of the 70s meant phase two of Paul Duke’s plan, which was creating a community desirable enough for the families of these great minds to live. Developer Jim Cowart broke ground on the first communities that would later be the modern-day Peachtree Corners; the North Manor, Peachtree Station, Revington, Lynnfield, Riverfield and Amberfield neighborhoods. The area was quickly becoming an attraction for young families and young tech companies alike.

About a decade later, Jim Gaffney successfully blocked the “East Jones Bridge” widening project which would have cut the modern-day North Manor community in half. As you may know from a previous Peachtree Corners Magazine article featuring North Manor, that area is now a thriving community. But what you probably didn’t know is that the same Charles Brown who helped build Technology Park was also one of the key individuals who helped Jim thwart those plans.

A Move for City Independence
By the late 90s, Technology Park’s appeal caught the eye of the City of Norcross, and the city began making moves to acquire it for their own. They tried and failed many times to annex Technology Park right up to route 141, which would have cut the modern-day Peachtree Corners in half.

By the 2010s, all around there were whispers in the air of incorporating Peachtree Corners into a city. Norcross made one final attempt to annex Technology Park and that ended up being the final push that the United Peachtree Corners Civic Association (UPCCA) needed to protect its technology jewel. By 2011, Peachtree Corners not only became a city, but it was the largest city in Gwinnett County.

Over the years, Georgia Tech’s relationship with Technology Park began to wane. The economic recession through the 80s and the subsequent housing crisis in 2008 had dulled the shiny new penny that once was the innovative technology city. So the new Mayor, Mike Mason, along with the new city of Peachtree Corners, looked for a clever way to bring back its luster.

The Seeds of Curiosity Lab
That was where the idea of an incubator hub was first conceptualized: a place where Georgia Tech would attract big name companies to come and research, mentor Georgia Tech students and develop new technologies. The name at the time was the “Prototype Prime Incubator Hub,” which is now a part of what you may know as Curiosity Lab. And who better than to develop such a revolutionary idea, than the man behind “Technology Square” in downtown Atlanta, Wayne Hodges.

Hodges is not only the Vice-President Emeritus for Georgia Tech, but he was also the founder of the very first Technology Incubator in the country back in the 1980s. The Advanced Technology Development Center (ATDC) helped over 120 startup companies in the state of Georgia by developing their technologies and bringing them out of the garage phase. Hodges was serving as the president of the Georgia Advanced Technology Ventures (GATV) when they developed Technology Square in Midtown Atlanta.

Lovingly nicknamed “Tech Square” by the Georgia Tech students and faculty, it expanded the confines of Georgia Tech Campus across the highway and built a strong relationship between the University and big-name tech companies. Tech Square changed the face of Midtown Atlanta, not only making it a safer neighborhood, but also attracting tech giants to the area, exactly the kind of impact Peachtree Corners was looking for.

After his “semi-retirement” in 2009, Hodges was working at The Pendleton Group for Peachtree Corners outreach and economic development. The city approached Wayne, along with City Manager Brian Johnson, to develop the incubator for Technology Park. The idea was that the City of Peachtree Corners would be heavily involved in the project. Throughout his more than 30 years of working with Georgia Tech, Hodges remembers being constantly questioned about why Georgia Tech was not more involved in Peachtree Corners, and now this was his chance to change that.

The Lab and Park Blossom
Curiosity Lab was created in 2017, and in just a few short years, Technology Park zoomed to the forefront as a beacon of technology innovation. Now, Georgia Tech students can take classes there. There are also as STEM programs for the school fondly named after Paul Duke himself. Startups and major tech companies alike flock to Peachtree Corners to perform testing and research. Hodges remarked that he is just happy to be part of it.

“I love working with people who are willing to step up and get things done,” Hodges said.
Johnson and Hodges are excited about a number of new innovations that are the first of their kind in the country and, in some cases, the world, including:

■ A 1.5-mile test track for autonomous vehicles
■ The first driverless shuttle deployment on a city street
■ The first 5G deployment in Metro Atlanta available for testing
■ The first tele-operated E-Scooters which you can call from an app and they drive autonomously to your location
■ The first “living” laboratory

In fact, Peachtree Corners now has the first city roads ever to be insured for autonomous vehicles. Aside from the technologies that sound like they came out of a science fiction novel, the Curiosity Lab incubator now hosts about 15 new startup companies and counting. Once again, Technology Park has a thriving relationship with Georgia Tech and is paving the way for a new age of technology production all around the world.

But the bond between Technology Park and Peachtree Corners is far more impactful than most residents might know because the city might never have existed without those special people who were willing to step up and get it done.