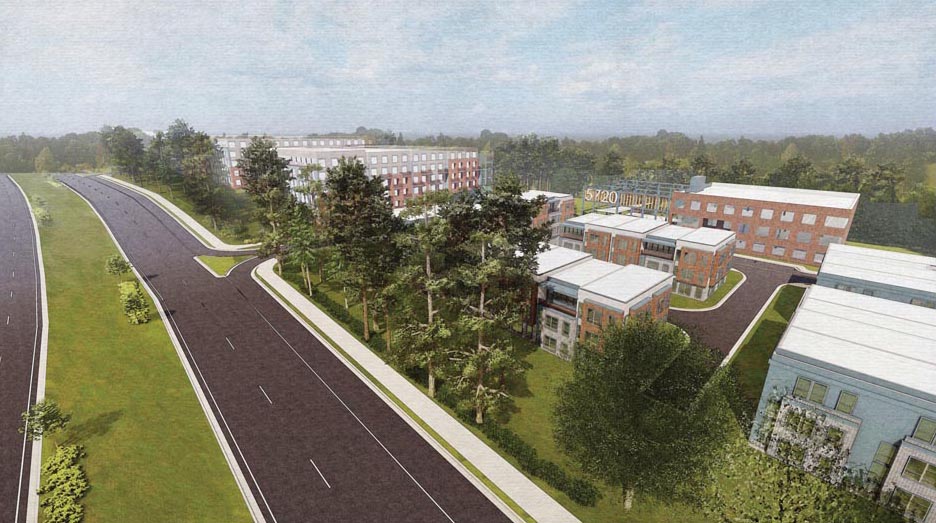 Development could bring housing, improvements to the area

A pending mixed-used project along the Peachtree Parkway commercial corridor promises to give a new look the area while bringing to vivid life the “live-work-play” concept undergirding such developments. More than 300 apartments and townhomes are planned, along with office and retail, said officials.

On March 23, the Peachtree Corners City Council got the first official look at the proposed rezoning stretching from 5672 through 5720 Peachtree Parkway. It would convert a 9.25-acre swath from M-1 (light industry district) to Mixed Used Development (MUD) for the proposed multiple-use complex. The project’s housing stock is targeted to workers in the nearby Technology Park area.

City officials said the proposal will be back before the council for a public hearing and possible final approval April 27. The city planning commission signed off on it March 16.

The application from Alliance Realty Partners is the first to emerge since the council approved substantial revisions to the city’s existing multi-use ordinance in February. A couple of the key provisions provide that such developments have a minimum mix of three uses instead of the former two. The changes also allow developers to earn so-called “density bonuses” allowing them to increase the number of residential units per acre in return for pledging project enhancements drawn from a city-approved list.

The proposal falls nicely into line with both provisions.

With the revised ordinance in mind, “The developers have taken advantage of it, we believe, for the betterment of the entire project,” said City Manager Brian Johnson during the Prime Lunchtime city podcast. “Due to communication that happened prior to the project being submitted and some changes since, it actually has less units than the developer originally requested.”

Representative for Alliance and attorney Shaun Adams said the original proposal called for nearly 60 more units than the 295 multi-family apartments and 26-single-family attached townhomes ultimately settled on. He said the pullback will provide for a more “boulevard-like” entrance into the project from Peachtree Parkway and increase the development’s setback from the main road.

“A lot of it had to do with the changes in the MUD ordinance and because of feedback we received from the community,” he added.

The earlier ordinance change caps residential density at 32 units per acre. In this case, Alliance would be permitted to increase density to 34.69 by pledging to preserve 1.75 acres of green space, providing for underground stormwater detention, promising that highly visible public art will be incorporated and including the adaptive re-use of an existing building.

But the text of the zoning change points out that that the 321-unit configuration is not a done deal. The plan is contingent on on-site conditions, zoning compliance and whether fully-fleshed-out engineering plans meet regulations.

The existing structure being retained is a three-story office building on the site that dates from the early 1980s. It will get a substantial makeover, said officials.

Johnson said the refurbished building will contain “something similar to ‘We Work’-type office space. There will be some amenities for the local residents like clubhouse amenities, and I think they have templated a coffee shop to go in there.”

Also currently on the property are a number of single-story commercial condos which are largely, as the manager put it, “in a very degraded condition” with many of them empty and plagued by break-ins. Those will be swept away.

A couple of other esthetic/environmental considerations also come into play, said Johnson. “All of the trees along Peachtree Parkway are remaining and at the end of project there will more trees because of replanting than they started with,” said the city manager. He said also worth noting is that existing impervious surface on the site will be reduced.

Johnson said the exact amount of retail space tucked into the multiple-building complex is a moving target with discussions ongoing between the developer, its representatives and the city.

Adams agreed, saying they’re working on a configuration of about 2,000 square feet for that aforementioned coffee outpost — but stay tuned.

“You and I could be like ‘it would be great to have a mini-shopping area there,’” said Johnson during the podcast. “But if the developer can’t fill it, nothing would be worse than a development that started off with too many square feet of retail that they can’t fill — and that has happened.”

Adams said that with plenty of retail nearby, the emphasis won’t be on competing with that existing landscape. Instead, he said, “Let’s bring the housing to the area to support the jobs within Technology Park. That will bring more people to support the surrounding commercial and retail.”

As Mayor Mike Mason said in an earlier interview with Peachtree Corners Magazine, “those are two segments of our population that are not currently well-served with regard to housing options.” 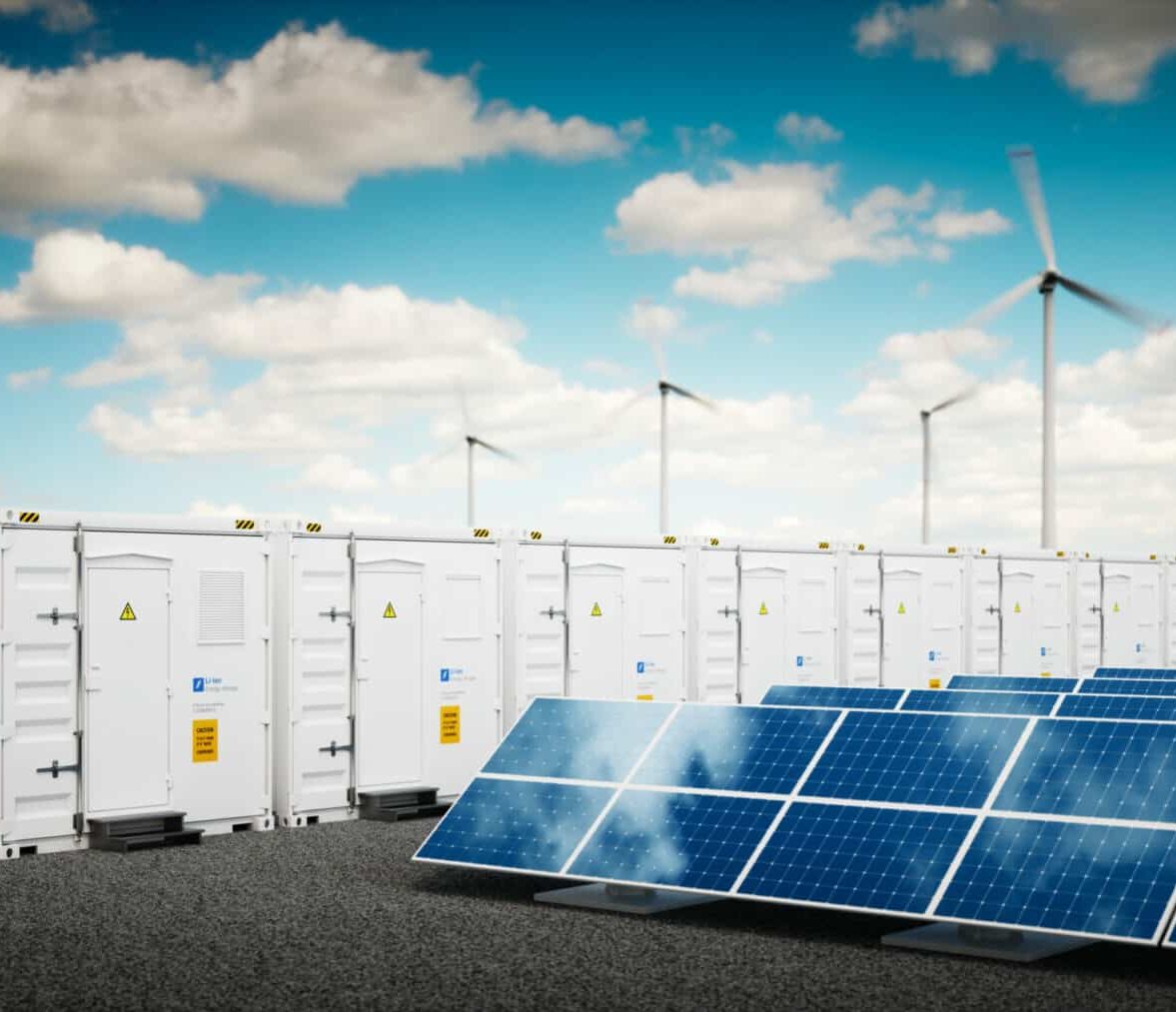 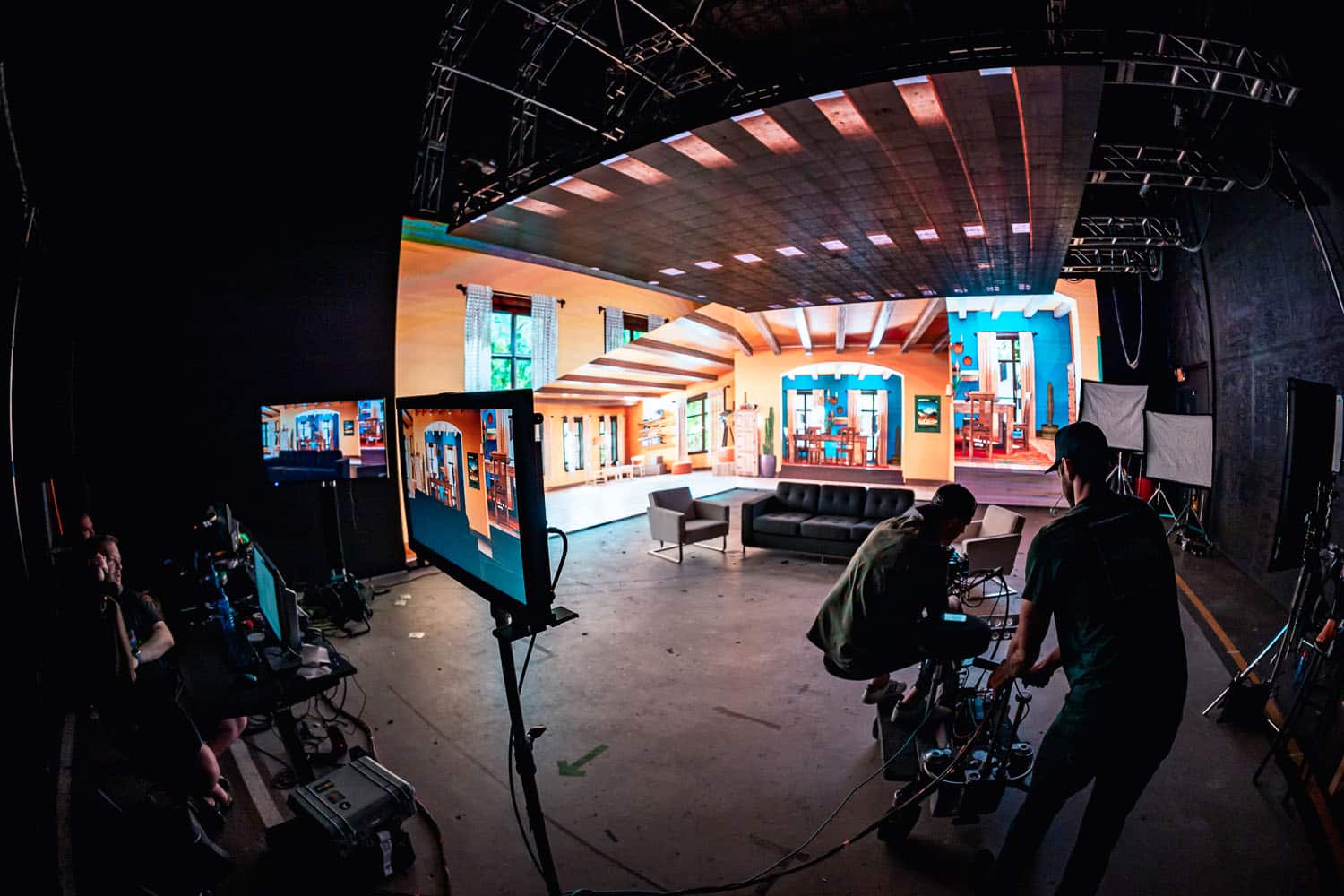 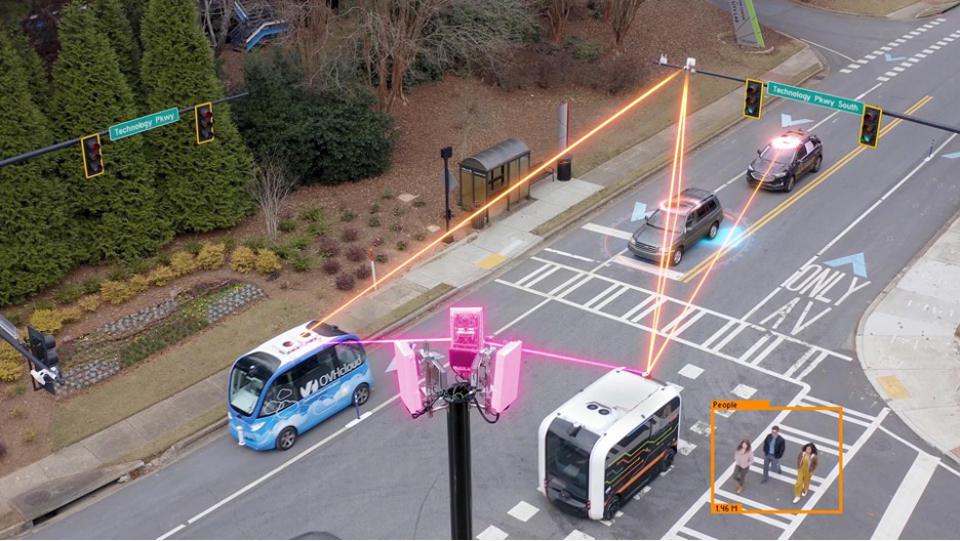