The launch party for the new history book: “Peachtree Corners, Georgia: The History of an Innovative and Remarkable City, 1777-2020” was held at City Hall this past week.

Books must be purchased online and then picked up at City Hall (Monday – Friday 9 a.m. – 4 p.m.) Please allow 2 days for processing and then the order may be picked up at the receptionist desk. All sales are online, no walk-in purchases available.  Purchase copies here

The City of Peachtree Corners is working with Emmy-award-winning Tytan Pictures to provide instruction on a variety of photography and video topics.

Classes are for all levels of photographer (beginner, intermediate, or advanced). Past sessions include:

Photos of the Month

These classes are free and open to all who live or work in the City of Peachtree Corners. To sign up for a class, send an email to Jim Stone at  jstone@tytancreates.com.

See the City Calendar for details on specific classes, or for more information contact the Communications Director, Judy Putnam at  jputnam@peachtreecornersga.gov. 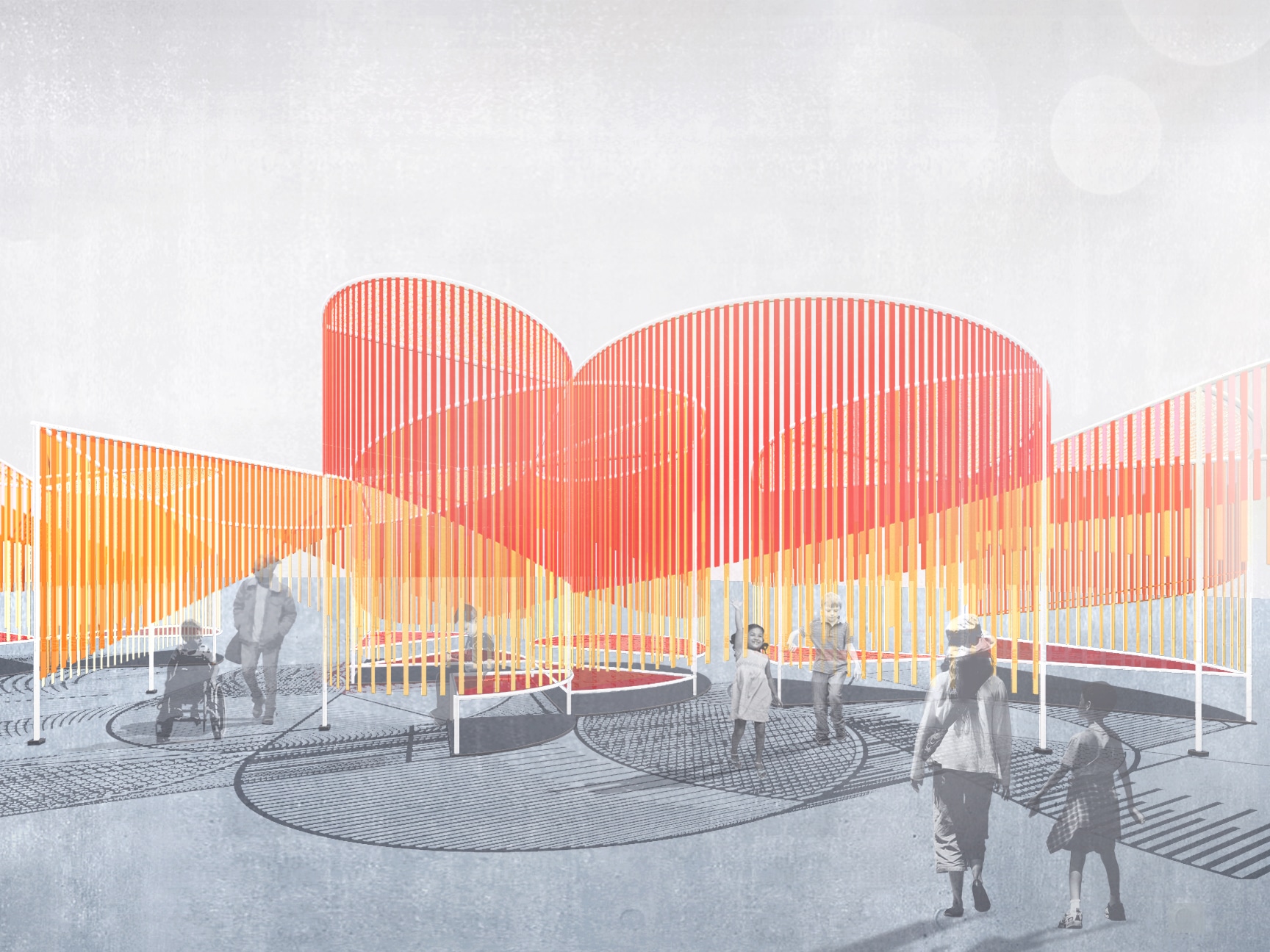 Outside the Lines digital rendering , courtesy of Bryony Roberts Studio

Working with advocates with disabilities and their allies, Bryony Roberts Studio will create an inclusive and immersive environment

This summer, the High Museum of Art will present an immersive maze of accessible, sensory environments by award-winning design and research practice Bryony Roberts Studio as its seventh site-specific installation on The Woodruff Arts Center’s Carroll Slater Sifly Piazza. Titled “Outside the Lines,” the installation continues the High’s multiyear series of inclusive and inviting commissions to activate the Museum’s outdoor space and encourage community engagement. On view July 10 through Nov. 28, 2021, “Outside the Lines” emerged from conversations between Bryony Roberts Studio and self-advocates with disabilities and their allies throughout Atlanta, with the goal of creating a space that is engaging for all.

“‘Outside the Lines’ builds on our tradition of attracting visitors of all ages with participatory art experiences and providing a gathering space for all Atlantans to stimulate their sense of wonder and play,” said Rand Suffolk, Nancy and Holcombe T. Green, Jr., director of the High. “We look forward to welcoming audiences with wide-ranging abilities to explore this year’s unique, outdoor installation.”

“Outside the Lines” provides an environment that is accessible and playful for those with physical, developmental and/or intellectual disabilities, supporting discovery and social connection through an array of tactile environments. The installation aims to present a richer environment for everybody by offering spaces that celebrate a range of sensory experiences.

“Bryony Roberts is a designer who understands the power and immense responsibility of public space by creating community-based projects involving multiple collaborators,” said Monica Obniski, the High’s curator of decorative arts and design. “For me, her research-driven methodology gives weight to the project’s objective, while the aesthetic ambitions of interlocking geometries and colorful tactile surfaces offer a visually stunning and joyful experience for all Atlantans.”

The gently curving steel structure of “Outside the Lines” supports thousands of hanging strands, along the rise and fall of the frame, that will form both small enclosures for quiet relaxation and open environments for social interaction. Emulating a forest-like atmosphere, the tactile materials, designed in collaboration with individuals who are blind and visually impaired, invite safe interaction and enable dynamic navigation through touch. The variety and height of the materials provide a spectrum of exploration within reach of all people, including those who use wheelchairs and mobility devices, and produce a range of intensity and stimulation, offering choice for people with sensory sensitivities.

Community engagement is a central part of the design process at Bryony Roberts Studio, with extensive conversations and interviews with local residents informing both the design and programming of a project. For this project at the High, Bryony worked alongside self-advocates with disabilities and their allies to collaboratively imagine a space that would be both inviting and playful. Representatives from the Center for the Visually Impaired suggested ideas for tactile navigation and exploration, while parent advocates from Parent to Parent of Georgia described the benefits of interactive materials and quiet spaces for children with intellectual and developmental disabilities. Self-advocates helped to brainstorm spaces both for social interaction and restorative calm, while doctors from the Marcus Autism Center and Emory Brain Health offered further insights into the relationship between materials, colors, textures and experience.

About the High’s Piazza Activation Initiative

The High’s Piazza activation initiative launched in 2014 to explore how engaging with art and design can extend beyond the Museum’s walls. Varied programs, art-making activities and other interactive features enliven these dynamic outdoor installations.  More info at high.org 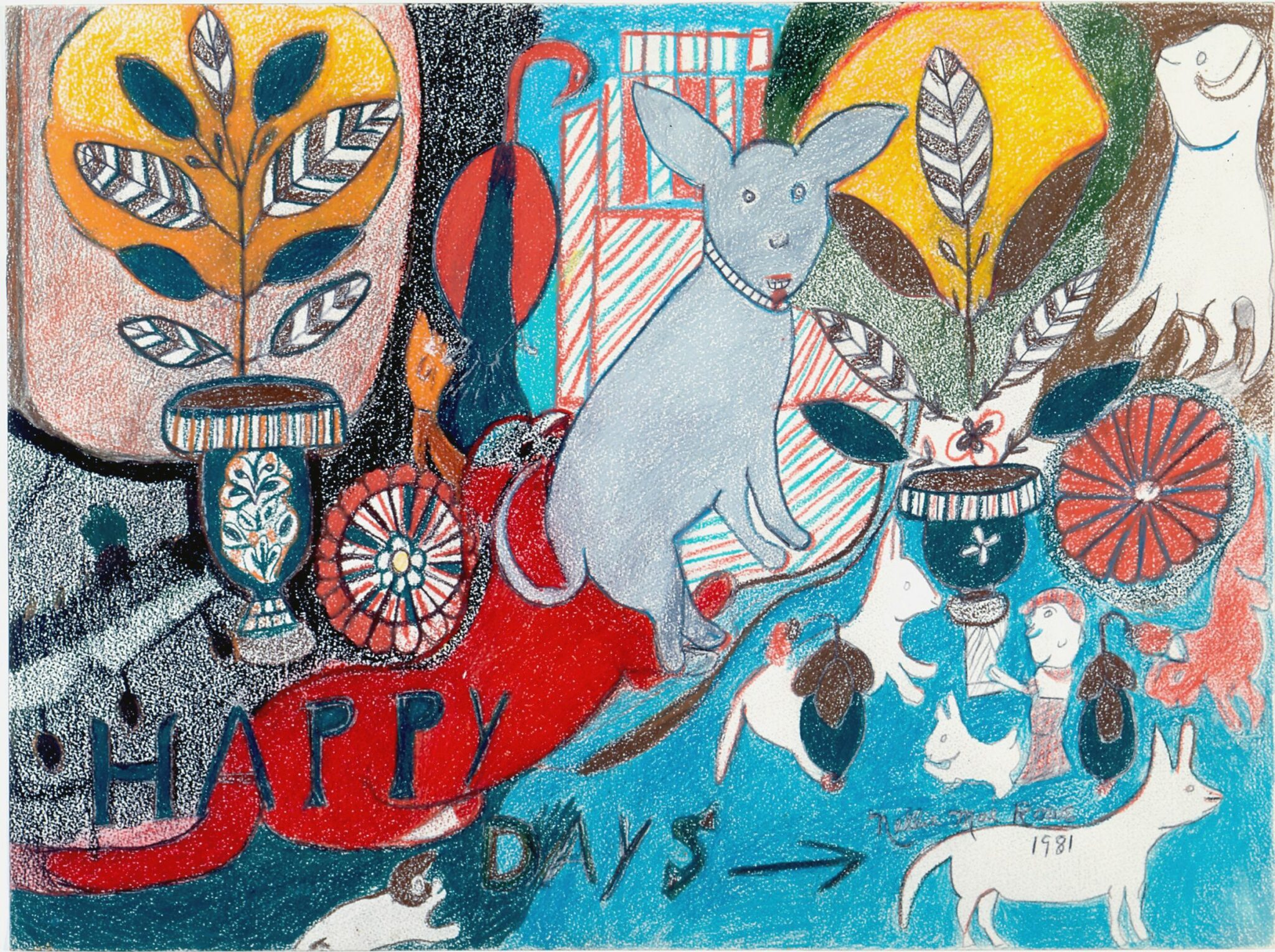 For the last 15 years of her life, self-taught artist Nellie Mae Rowe (1900-1982) lived on a busy thoroughfare just outside of Atlanta and welcomed visitors to her “Playhouse,” which she decorated with found-object installations, handmade dolls, chewing-gum sculptures and hundreds of drawings.

This fall, the High Museum of Art will present “Really Free: The Radical Art of Nellie Mae Rowe” (Sept. 3, 2021-Jan. 9, 2022), featuring nearly 60 works drawn from the Museum’s leading collection of her art. The exhibition is the first major presentation of her work in more than 20 years and the first to consider her practice as a radical act of self-expression and liberation in the post-civil rights-era South. “Really Free” marks the Museum’s first partnership with the Art Bridges Foundation, an organization dedicated to expanding access to American art, which will allow the exhibition to travel nationally into 2023.

“The High was among the first American museums to establish a department dedicated to self-taught art, and today we hold the foremost collection of work by artists without formal training from the American South, including Nellie Mae Rowe,” said Rand Suffolk, the High’s Nancy and Holcombe T. Green, Jr., director. “We are incredibly proud of this distinction and honored to celebrate Rowe’s life and work through this exhibition. Her art has been a fixture in our collection galleries for decades, and this exhibition allows a much-needed deeper look into her bold artistic production.”

Katherine Jentleson, the High’s Merrie and Dan Boone curator of folk and self-taught art, added, “The exuberant color and imaginative design that characterize so many of Rowe’s drawings—which comprise most of her surviving work—is so aesthetically pleasing that her work is often taken at face value. This show will really explore her drawing practice, tracing its emergence and relationship to the installations of her Playhouse, as well considering the artistic path she blazed for herself as a radical act undertaken at a time when Black, women and self-taught artists struggled for respect and visibility.”

Rowe began making art as a child in rural Fayetteville, Georgia, but only found the time and space to reclaim her artistic practice in the late 1960s, following the deaths of her second husband and members of the family for whom she worked. Although she did not speak much about politics or social movements, she purposefully embraced her creativity and devoted her life to making art during a time when civil rights leaders and Black feminist politicians and artists were igniting great change across the country.

As she filled it with drawings and sculptures, Rowe’s Playhouse became an Atlanta attraction, which fostered her growing reputation and public reception. She began to exhibit her art outside of her home, beginning with “Missing Pieces: Georgia Folk Art, 1770-1976,” a bicentennial exhibition that brought attention to several Southern self-taught artists, including Rowe and Howard Finster, and traveled to venues across Georgia. In 1982, the year she died, Rowe’s work received a new level of acclaim, as she was honored in a solo exhibition at Spelman College and included as one of three women artists in the Corcoran Gallery of Art’s landmark exhibition “Black Folk Art in America: 1930-1980.”

The High began collecting her drawings in 1980. Between 1998 and 2003, major gifts totaling more than 130 works from trailblazing Atlanta art dealer Judith Alexander, a friend and ardent supporter of Rowe, solidified the High’s holdings as the largest public repository of Rowe’s art. Recently, the Museum announced another major gift of 17 drawings by Rowe from Atlantans Harvie and Charles Abney. Selections from this gift, as well as recent gifts and pledges of Rowe’s drawings and photographs of the artist and her Playhouse taken by Lucinda Bunnen and Melinda Blauvelt, will be presented as part of the exhibition.

“Really Free” will feature the colorful, and at times simple, sketches Rowe made on found materials in the 1960s and reveal their relationship to her most celebrated, highly complex compositions on paper of the late 1970s and early 1980s. Other sections of the exhibition will explore themes in Rowe’s work such as depictions of women, her childhood, images of her garden, and her experimentation with materials, including recycling cast-offs to make handmade dolls and chewing-gum sculptures. The final galleries will focus on her career breakthrough and ruminations on death and the afterlife.

In addition to works on paper and sculptures, the exhibition will feature photographs as well as components and footage from the experimental film on Rowe’s life to be released by Opendox in 2022, “The World is Not My Own,” which includes an artful reconstruction of her Playhouse. Through these elements, visitors can experience the lively art environment she created in and outside of her home.

“Really Free” will be presented in the lower level of the High’s Wieland Pavilion.

Exhibition Publication
“Really Free: The Radical Art of Nellie Mae Rowe” is accompanied by a fully illustrated catalogue co-published by the High and DelMonico Books that reproduces the High’s vast Rowe collection and features a lead essay by Jentleson with contributions from documentary producer Ruchi Mital, scholar Destinee Filmore and award-winning artist Vanessa German. The High also will publish a suite of online content, including author videos, a virtual tour and additional interpretive material, as part of a new library of collection-focused digital resources that launches with “Really Free.”