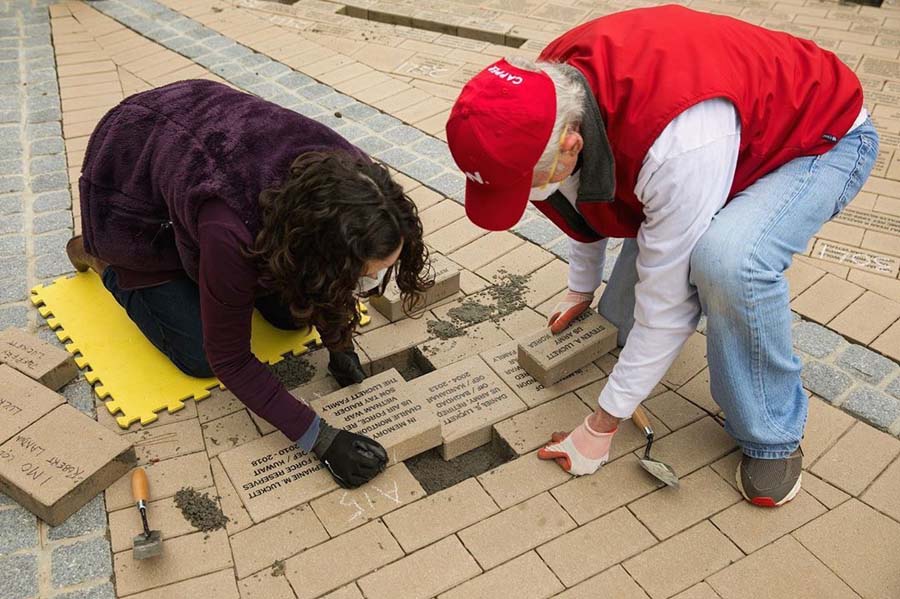 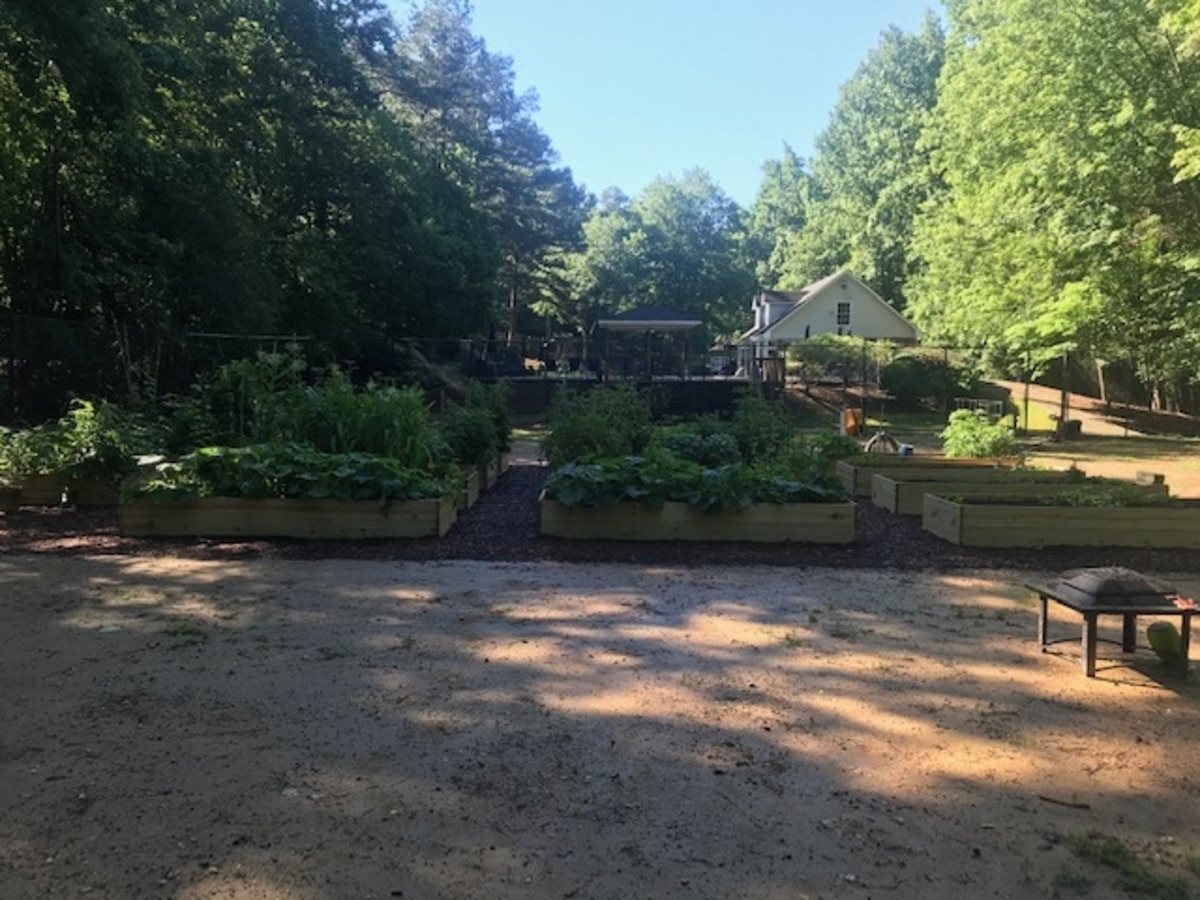 Looking on the bright side can be tricky these days, but residents of Revington on the River soak up the sun by working together to renovate their abandoned tennis courts into a lush, lively victory garden. The tennis courts near the community pool had been unused for a few years so members of the Revington Homeowners Association and interested homeowners began to discuss a plan to “someday” convert the tennis courts into a community garden. Then after health and safety concerns related to Covid-19 required many people to stay close to home, “someday” came a lot sooner than expected.

As a relative newcomer to the neighborhood and a retired Texas transplant, Ed Stockhausen searched for a way to connect with his neighbors and to contribute to the community. So naturally, when the victory garden project came up, Ed jumped in with both feet.

“I went out and bought a bunch of boards, basically started building the first set of boxes. I’ve done a lot of landscaping on my property, so I had a good idea of what we needed. I brought in a bunch of rocks, a bunch of soil,” Ed said.

Ed laid out the initial plans for the first twelve boxes, with dimensions of 4ft long, 4ft wide by 20in high. Ed was quick to say that this was a joint neighborhood project with lots of hardworking and cheerful people chipping in. He simply served as the first to break ground and get things organized so that others could come and join in the fun. Due to a family emergency, Ed was out of town for six weeks towards the completion of the project. But the work continued as more and more neighbors marveled at the progress. One neighbor even rode in on big Bobcat machinery to speed things along.

“It’s been amazing. We’ve put in a fire pit and we have two tee-pees made out of bamboo out of somebody’s yard. The kids did that and planted beans around one of them and peas around the other,” said Karen Walkup, Revington resident.

Karen estimates that there are now 15 tended beds managed by individual neighborhood families, as well as designated community areas for shared use. The variety of plants is impressive, from fresh flowers to delectable tomatoes, cucumbers, okra, watermelon, pumpkin and more.

The green garden breathes life into an already vibrant community and gives us hope for the future as we see like-minded individuals work towards a common goal to make things better. Thanks for sharing your story with us, Revington Community Garden. 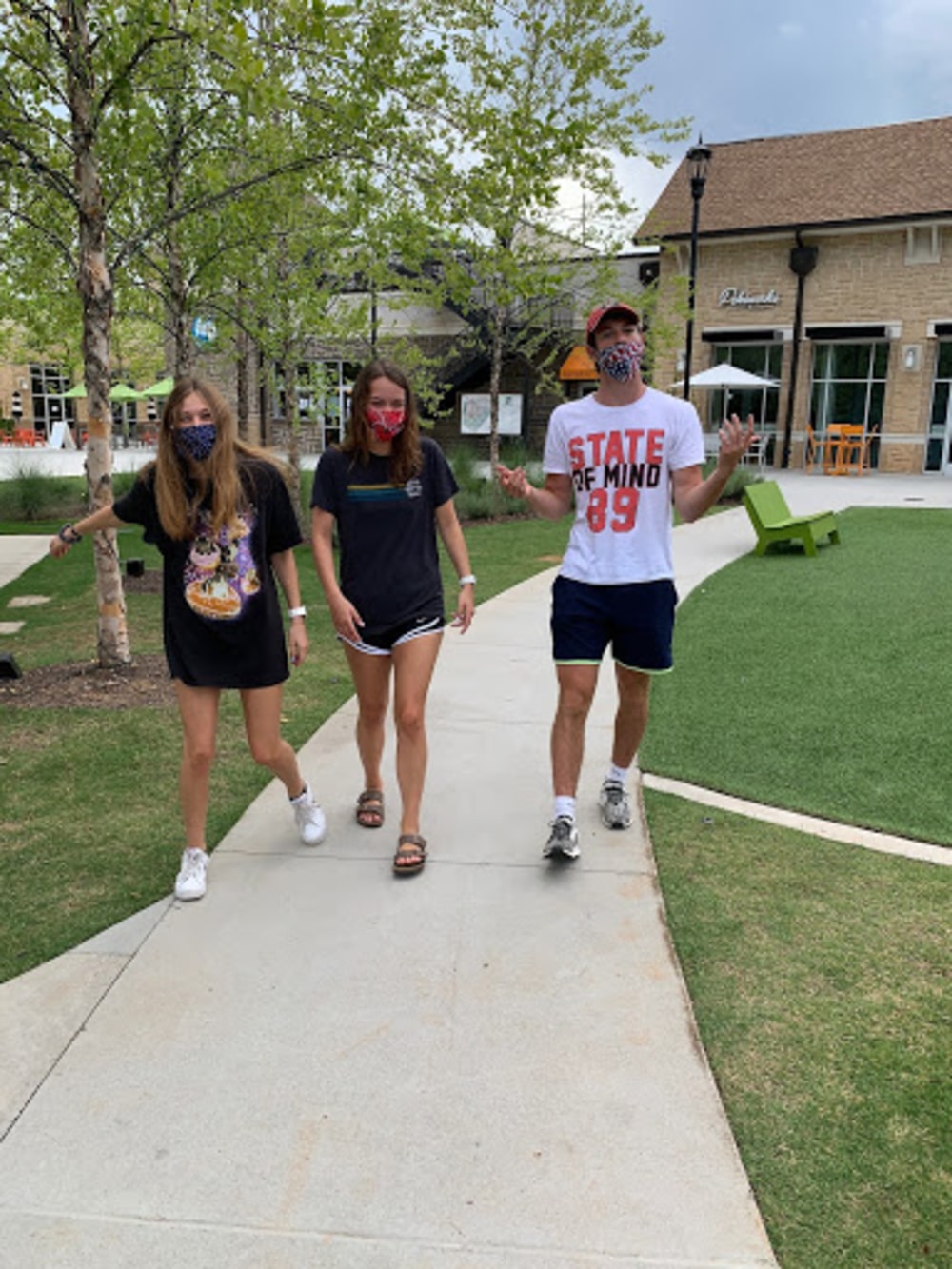 Even though we are in uncertain times, the city of Peachtree Corners is taking steps to keep our citizens active and healthy during the pandemic. Along with great restaurants and stores, recently the city has added many new fixtures to the Town Center for people of all ages to enjoy. These add-ons include a fun new climbing station where you can practice your monkey bars skills, or even try to race your friends to the top. Along with these new additions, students still enjoy going down the town center’s famous slide with their friends.

To top off a fun day in the sun, everyone can take a pleasant walk along the greens for fresh air and a great view of the town center shops. All these activities can be done safely while practicing social distancing, and wearing a mask to protect yourself and others from the virus. After a great day in the heat, don’t forget to check out some of the Town Center’s great shops and restaurants like Buff City Soap, Lazy Dog Cafe, or Beard Papa. You can also pop into Gong Cha for a refreshing tea to beat the heat and make this summer in Peachtree Corners your best one yet. 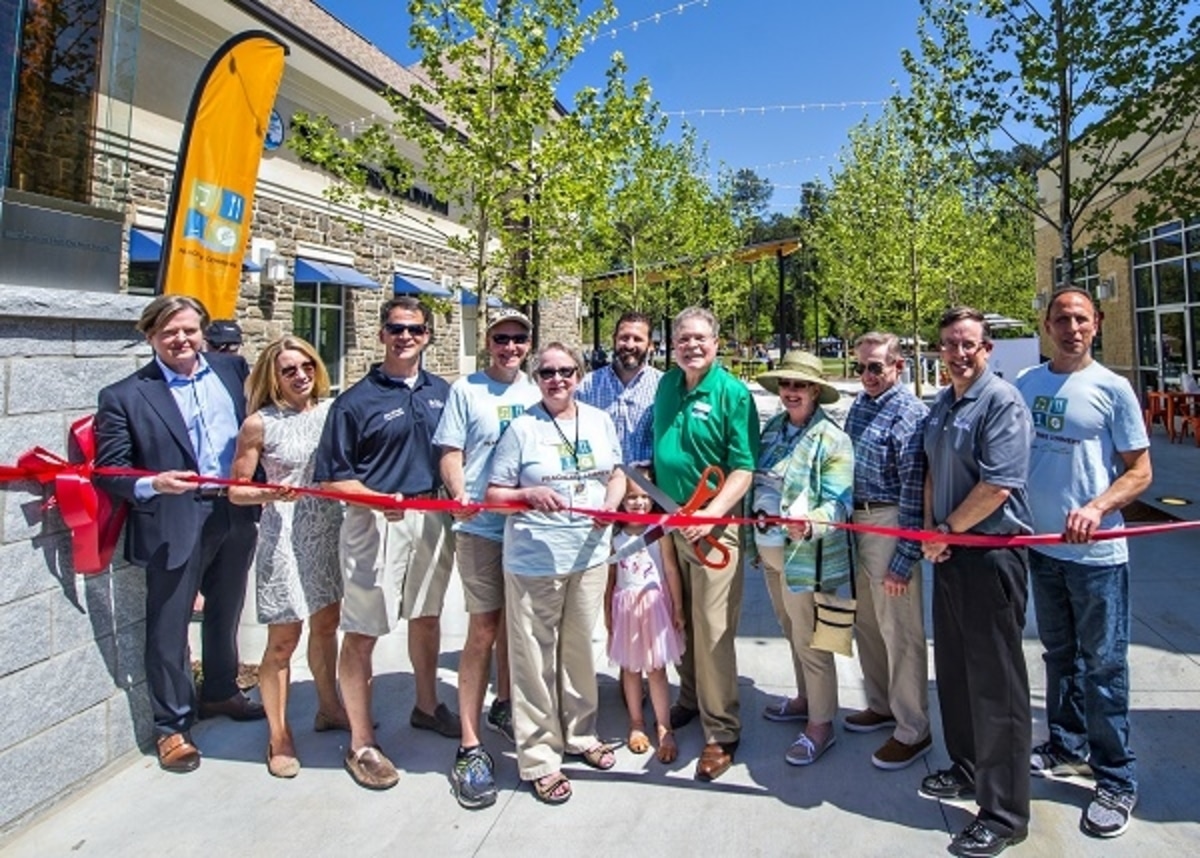 The mayor and council and other city leaders are joined by the Fuqua Development team to celebrate the Town Center grand opening April 27, 2019.

On July 1, the City of Peachtree Corners officially celebrated its 8th anniversary. It’s been an eventful eight years. The list of accomplishments since its incorporation on July 1, 2012 continues. A new Town Center, a Veterans Monument to honor our veterans, the launch of Curiosity Lab, a soon-to-be-complete pedestrian bridge, are just some of the recent highlights.

The city’s 11.5 mile multi-use trail, named the Corners Connector, continues to expand. A portion around Technology Park Lake was just completed — expect news of a ribbon-cutting to be announced soon.

New businesses continue to open and re-locate to our city by the river enhancing the economic development of our city. And thanks to prudent financial management, the city continues to maintain its zero millage rate. Happy 8th anniversary Peachtree Corners.