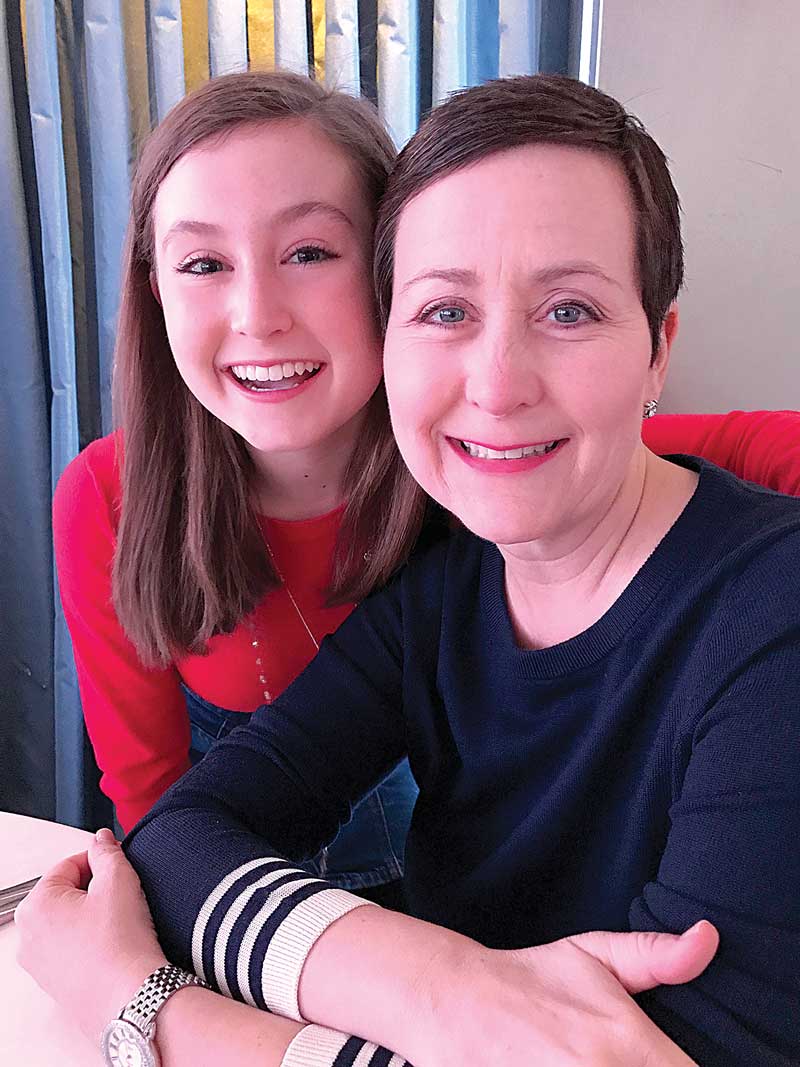 Aubrey DeAugustinis and her mom, Tara

That’s because Tara, his late wife and teenage daughter Aubrey’s mom, lost her battle against mesothelioma far too soon.

“Most Americans aren’t even familiar with the disease,” Rich said. “It’s a rare cancer, but deadly.”

Tara was diagnosed with mesothelioma (or meso) in early 2016 at age 45. Just before her lung surgery in 2016, she wrote: “I am mentally and physically ready. I know this will be difficult, but I am a fighter.”

Throughout her 15-month ordeal, with surgery, setbacks and sadness, Tara pushed forward with all her strength. As the months slipped by, the DeAugustinis family continued to share their thoughts, as well as prayers for their family, friends and for those who might be facing similar circumstances.

By November of 2016, Rich wrote: “Tara will be continuing radiation treatments through Thanksgiving week. As a result, we expect the next couple of months to remain challenging.”

By spring of 2017, the journal betrayed a hint of sorrow: “This week we have learned that Tara’s latest scan shows the mesothelioma has spread to her remaining left lung, and also in the abdomen and in several lymph nodes. Bottom line,” Rich wrote, “the immunotherapy is not working.”

Tara continued to be strong as she added later: “So what is next?… I keep fighting…We focus on one day at a time. I start a new drug protocol at the end of the month. It is a combination of two immunotherapy drugs.”

But, on May 19, 2017, her husband added his most heartbreaking note: “Tara’s battle with mesothelioma is coming to an end…we don’t know how much time she has left.”

Working through a tremendous amount of personal grief, Rich knew he had to change the public’s awareness of meso through education.

“That first year, I was shell-shocked,” he admitted. It took him about a year to emerge. He wanted to move forward with his life and be the father his daughter needed.

When he decided to take on the battle of educating others about meso, he realized how difficult it was to find credible information. In fact, it was challenging.

Many folks don’t have the resources that Rich does. As a highly educated Georgia Tech alum and 30-year Coca-Cola executive, he has the background to understand the research and the finances to travel wherever is necessary. So today, he is fighting for Tara as well as all the families who experienced meso before her and those who are experiencing it today.

Meso is associated with environmental and occupational inhalation exposure to asbestos fiber, according to the experts. Rich said that meso’s delayed attack can take place decades after initial exposure. “Asbestos is still very much present in the community around us,” he said.

For years, asbestos was widely used as a form of insulation in many industries. People who worked in paper mills, shipbuilding or construction are particularly vulnerable. The microscopic fibers can get lodged in the lining of the lungs or tissue surrounding other organs. Loose asbestos fibers breathed into the lungs can cause several serious diseases—including malignant mesothelioma.

Tara didn’t work in any of those industries. She was exposed to baby powder during her childhood years, according to her husband. And it is that powder that Rich believes contained asbestos.

“I believe that’s what happened to my wife,” he said.

This led to his conviction that Georgia should ultimately ban asbestos in all products. Although the dangers of asbestos are well known, and building codes were changed throughout the 70s because of it, the use of asbestos is still alive and well in Georgia, Rich said.

“Many people think of asbestos as yesterday’s problem,” he explained. “It’s today’s problem, too. Years ago, we figured out it was a deadly carcinogen.”

A Day of Mesothelioma Awareness

To support meso awareness, Rich and his daughter Aubrey were at the state Capitol on September 26, 2019. The date was proclaimed Mesothelioma Day by Georgia Governor Brian Kemp.

Rich and Aubrey were joined by state Rep. Beth Moore and state Sen. Sally Harrell, both of whom plan to introduce legislation to ban asbestos in products during the current legislative session. At the Capitol, Rich took time to share his wife Tara’s battle with the debilitating disease.

“Tara lost everything to mesothelioma,” he said, “and we lost Tara.”

Today, Rich is on the board of the Mesothelioma Applied Research Foundation, a nonprofit charity dedicated to ending meso and its suffering. For him, success would be “banning asbestos completely and educating the public about its dangers.”

Asbestos has been banned in 55 countries worldwide, according to asbestosnation.org. Rich stated that most people don’t realize that among industrialized nations, the U.S. is one of the few that doesn’t have a ban on asbestos. “There’s no such thing as an understandable or acceptable cost to including asbestos in any products,” he said.

Meso is one of the most painful and difficult cancers for any human being to go through, Rich said, “and yet it propels me to get out of bed every day to fight the good fight.” He added that he’ll be motivated for the rest of his life to help drive the necessary legislative changes for Georgians.

“Tara’s death was a preventable tragedy,” Rich said. “I’m seeking justice. I want society to make different decisions to protect the health of our citizens. It’s only those who are left behind, who have had their lives profoundly and completely changed by this disease, who can say, “this is unacceptable.”  ■

Tara’s Journal
When death comes to one mother, one daughter, just one person, it takes on a deeper meaning. To help others understand Tara’s journey, the family shared their deepest feelings from the beginning to end. Every stage of the journey has been chronicled in Tara’s journal, which is online at
curemeso.org/blog/tara. 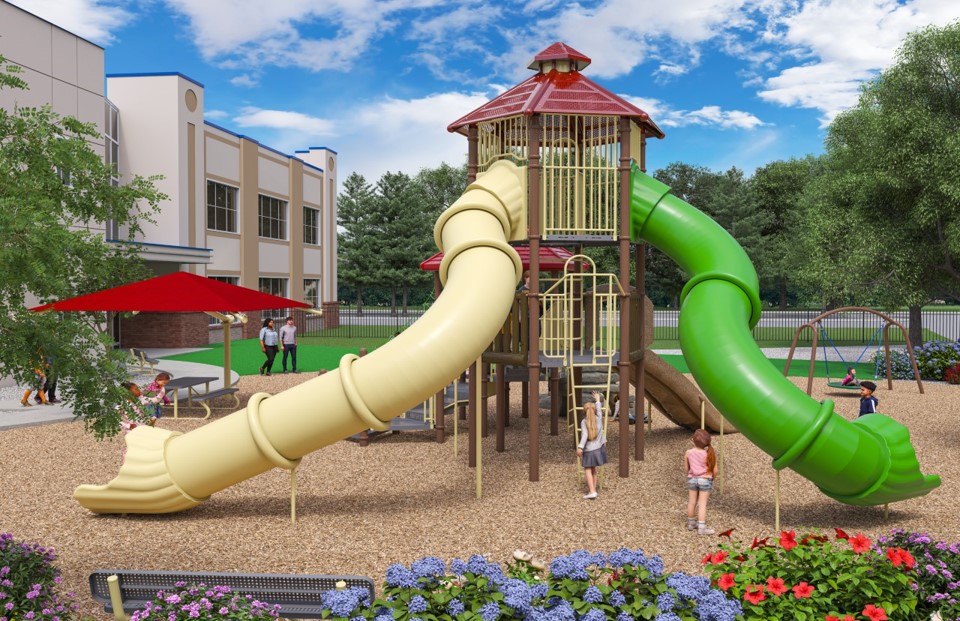 YMCA of Metro Atlanta announced September 18 that it has relaunched the John Manning Playground Fundraising Campaign to raise an additional $25,000 to reach its $200,000 goal for a new state of the art playground for the Robert D. Fowler Family YMCA, an initiative introduced in fall 2019 that was halted due to the uncertainties of the coronavirus pandemic.

John Manning was a dedicated YMCA volunteer, active church member, respected family and corporate lawyer and Peachtree Corners community member who left a legacy of service and friendship. The new playground will incorporate educational and creative-based play structures for all ages. Landscaping in and around the playground will provide a new park-like setting for families to enjoy. The Y is looking to volunteers, members and business for their support in bringing honor to Manning and his legacy through the new amenity.

“We are excited to safely welcome back our members and children into our daycare programs,” said Mark Thornell, executive director, Robert D. Fowler Family YMCA.  “The Manning playground is something for us all to look forward to as we are on schedule to break ground in the fall.”

A featured donor is Manning’s 12-year-old granddaughter Caroline, who has instructed acting camps for her peers the past three summers to raise money for the playground. Caroline aims to raise enough money to reserve a “Camp Caroline 2020” brick on the park grounds in memory of her grandfather.

“We are blessed with an amazing playground committee who has worked tirelessly to secure donations to make this dream come true,” said Sarah Manning Locke, playground committee co-chair and Manning’s daughter.  “We are so close to our goal and are having to get creative to see everything to completion due to the coronavirus uncertainty.  I love that Caroline is on board to pitch in with her Camp Caroline donation.”

Those interested in donating or purchasing a brick to help pave the way for Y children, can do so on the organization’s website ymcaofmetroatlanta.givingfuel.com/john-manning.

As we approach the tropical storms and hurricane season, the city would like to bring awareness to the various resources provided by the city of Peachtree Corners for floodplain awareness.

Peachtree Corners is bordered by the Chattahoochee River to the north. Additionally, tributaries and streams run throughout the city. Flooding damage can occur due to large rainfall events or when the natural flow of water is redirected.

A wealth of information can be found on the city’s Floodplain Management webpage that pertains to:

• Flood Insurance Rate Maps (FIRM) – the only legal document allowed to be used by lenders to write a flood insurance policy.
• Floodway Data – Properties located in or near the floodplain have special regulatory requirements for development. Prior to any building construction, please apply for a building permit
• Special flood-related hazards – such as local drainage problems, areas predicted to be flooded in the future, and erosion
• Approximate Depth of Flooding – information about how deep flood waters can be anticipated on a property can be provided
• Historical flood information – to find out if a property has been flooded in the past or is a repetitive loss
• Wetlands and Natural Conservation Data – areas mapped in the: National Wetlands Inventory, critical habitat by the US Fish and Wildlife Services, areas receiving natural floodplain functions
• Flood Insurance – it is mandatory for a property located in the Special Flood Hazard Area (SFHA) to purchase flood insurance 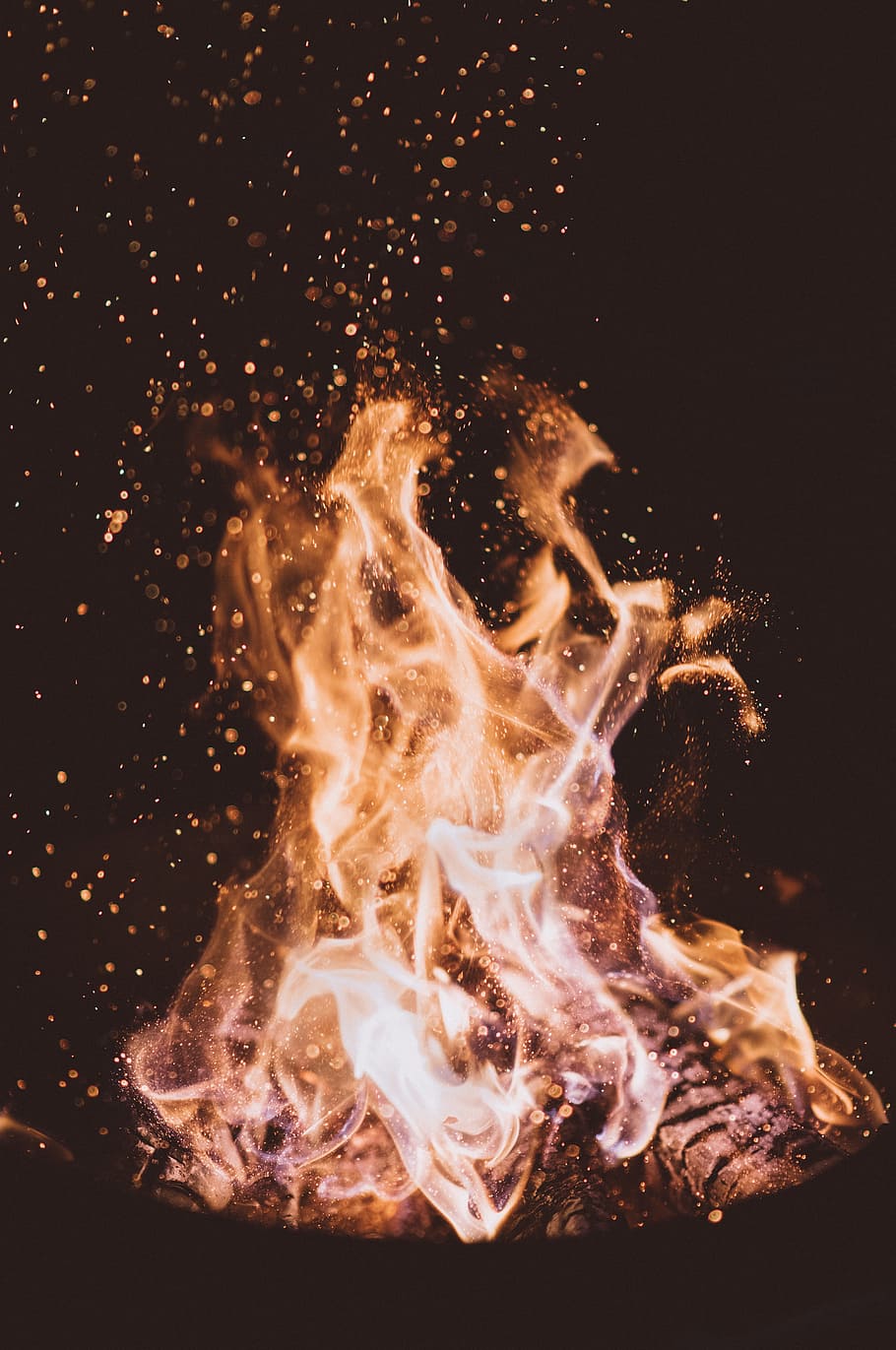 The Georgia Environmental Protection Division (EPD) imposes a total ban on outdoor burning in Gwinnett County annually from May 1 to September 30.

Once the Burn Ban has been lifted on Oct. 1, please note you MUST first check with Gwinnett County Fire Marshall as to whether it is an allowable burn day. Many factors such as atmospheric conditions come into play that affect whether you can burn, and this can change daily.

A few of these factors are – prevailing winds that are predicted to be, or are, in excess of 15 miles per hour, air pollution episodes, the National Weather Service issues a “Red Flag Warning” or a “Fire Weather Watch,” when there is fog, rain, or a cloud base that is diffused or ill-defined – these are just some of the factors taken into consideration as to whether it will be an allowable burn day or not.

The burning of leaves, limbs, and natural vegetation on one’s property shall not be less than fifty (50) feet from any structure and not less than twenty-five (25) feet from the property line. No burning of solid waste or household garbage is allowed. Burning is NOT allowed on Sundays or at night.

This is not the full content of the Gwinnett Department of Fire and Emergency Services “Outdoor and Open Burning” and “Outdoor Burning Ordinance Restrictions” and should not be interpreted as such. For the complete content please visit the Gwinnett County Fire Marshal site then select the tab on the left marked “Outdoor Burning.”

Remember BEFORE BURNING check with Gwinnett County Fire Marshal first at either of the two contacts below:

If you suspect someone is improperly burning, please report it by calling 770-513-5700.

*Remember: Do not bury the fire. The fire will continue to smolder. Tree roots could catch on
fire which will eventually surface and start a wildfire. If it’s too hot to touch, it’s too hot to
leave!