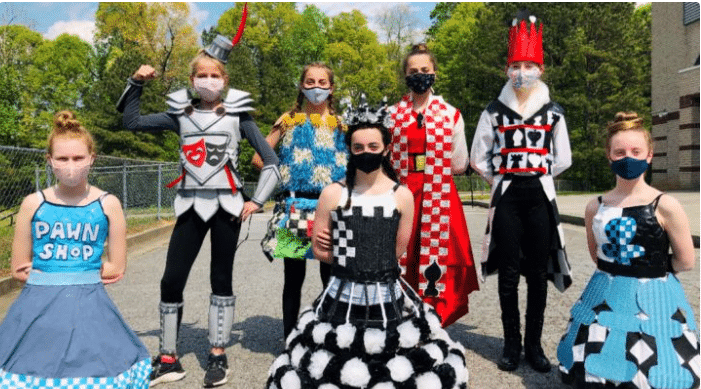 The Pinckneyville Middle School Odyssey of the Mind. Photos courtesy of their Go Fund Me page.

Some people might never have heard of Odyssey of the Mind (OotM) or do not understand exactly what it is, so here is the official description as well as a link to the Odyssey website for anyone who would like to know more.

“[OotM] is an international creative problem-solving program that engages students in their learning by allowing their knowledge and ideas to come to life in an exciting, productive environment. Participants build self-confidence, develop life skills, create new friendships, and are able to recognize and explore their true potential. OotM proves that students can have fun while they learn.”

The competitions consist of the performance of an original skit based on the exact set of required elements given (the “long-term problem”) as well as the performance of the “spontaneous problem,” in which teams are asked to perform random tasks on the spot with no prior preparation, such as creating a bridge out of unique materials that can actually support weight.  So, in effect, it’s a great combination of science, technology, engineering, and math (STEM) with the arts (STEAM)!  It also requires a lot of teamwork and effective communication.

“The Pinckneyville MS team is made up of 7 girls, including two of ours, with my wife Lisa Dommert as their coach. They’ve really helped put Peachtree Corners and Georgia on the map among thousands of Odyssey teams from around the world.  They’ve placed first in the world twice already, besting 71 world finalist elementary school teams in 2018, placed 4th among over 60 world finalist middle school teams in 2019, and reclaimed the top spot among over 60 world finalist teams in 2020.  They are shaping up to be one of the most dominant teams in state history and one of the few to consistently beat the Chinese and Polish teams who have been very strong in recent years,” supporter and parent Travis Dommert said.

It is an honor once again to be one of the teams that will be competing at the World Finals in Orlando and to represent Peachtree Corners, Gwinnett County Public Schools, and the state of Georgia!  They sincerely appreciate any assistance, large or small, that you can provide as they prepare to make the journey to Orlando!  All donations collected on their GoFundMe page will be withdrawn at the end of our fundraising campaign and deposited into a bank account created by Jeff Ebert (a team parent); these funds will then be distributed equally among the team members and volunteer parent coach.

The girls will also be fundraising on Saturday, May 8 in front of Sprouts Market in Peachtree Corners, from 2-4 p.m. They thank you for your support! 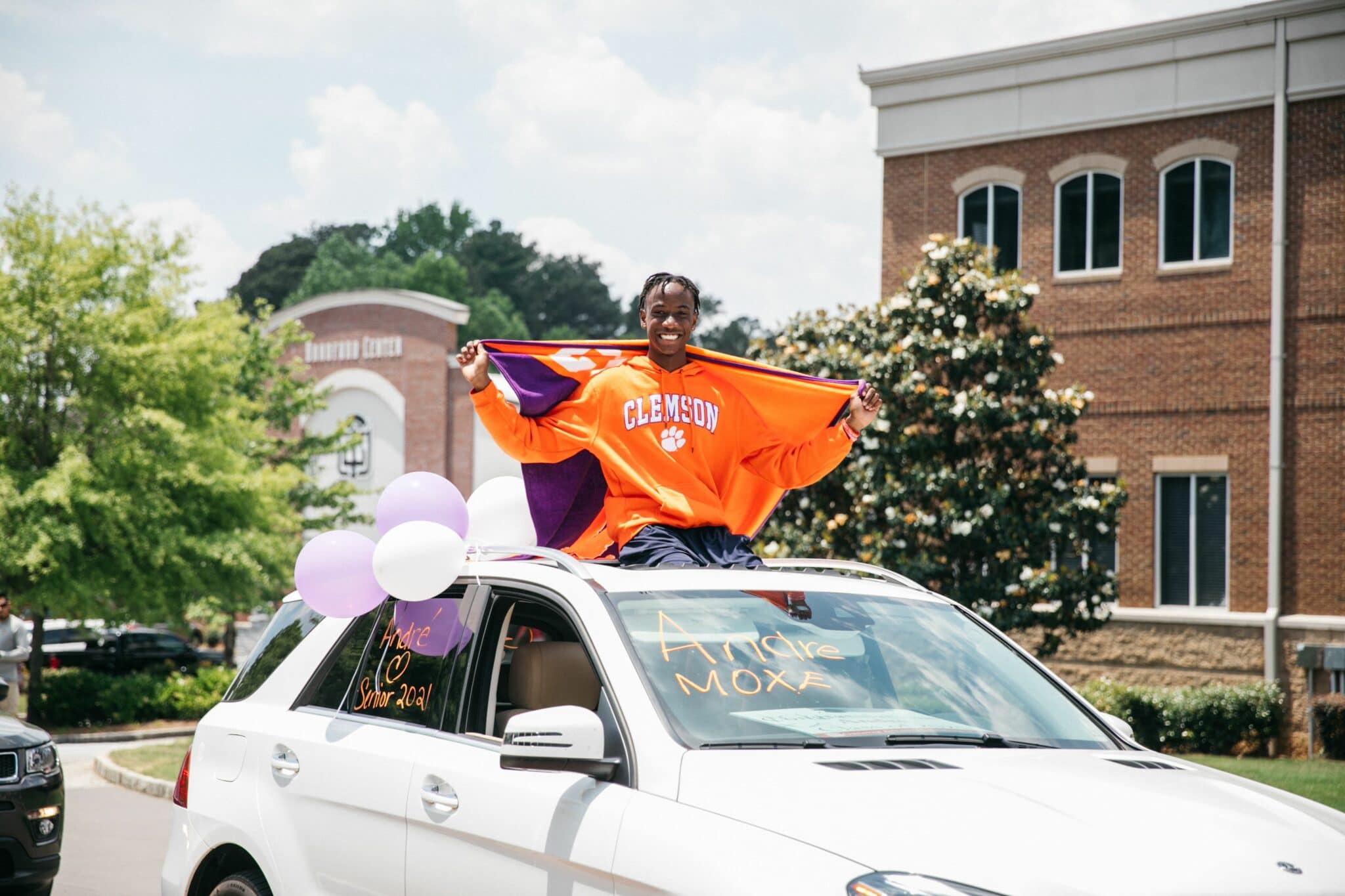 Graduation for high school seniors is one of life’s major milestones, especially for the 2020-2021 school year. So the Greater Atlanta Christian School seniors celebrated a few days early with a “Senior Drive Through” on their 88-acre campus in Northeast Atlanta. Last year’s class of 2020 inaugurated the event during the most challenging time of Covid-restrictions, and its overwhelming success assured it would be repeated in 2021. Now, it’s a “GAC tradition.”

Each of the 172 seniors decorated their cars and drove through the campus to the exuberant cheers of pre-K – 12th-grade faculty and staff cheers. Personalized photo signs for each senior marked the path of the 88-acre campus in Northeast Atlanta, led by GAC’s president, Dr. Scott Harsh. At the end of the route, students received a tasty treat to continue their celebration at home.

Dr. Harsh commented, “We have so much to be grateful for in this school year. Our seniors have done extraordinarily well, and the parade is one additional way to celebrate them. Completing this school year is a significant accomplishment for students and faculty alike. I couldn’t be more proud of them all.”

GAC’s graduation is May 27 for the graduates’ immediate families in Long Forum and will be live-streamed on GAC’s Website.

Parker Hallock of Norcross has been named class salutatorian and will be attending Georgia Tech. He is the son of Mark and Sarah Hallock.

The 172 outstanding graduates will matriculate to colleges and universities from coast to coast. Commencement will occur on May 27 at 7 p.m. at the Long Forum on the GAC Campus, 1575 Indian Trail Road, Norcross, GA.  Graduation is reserved for the graduates’ families and will be live-streamed on GAC’s website. 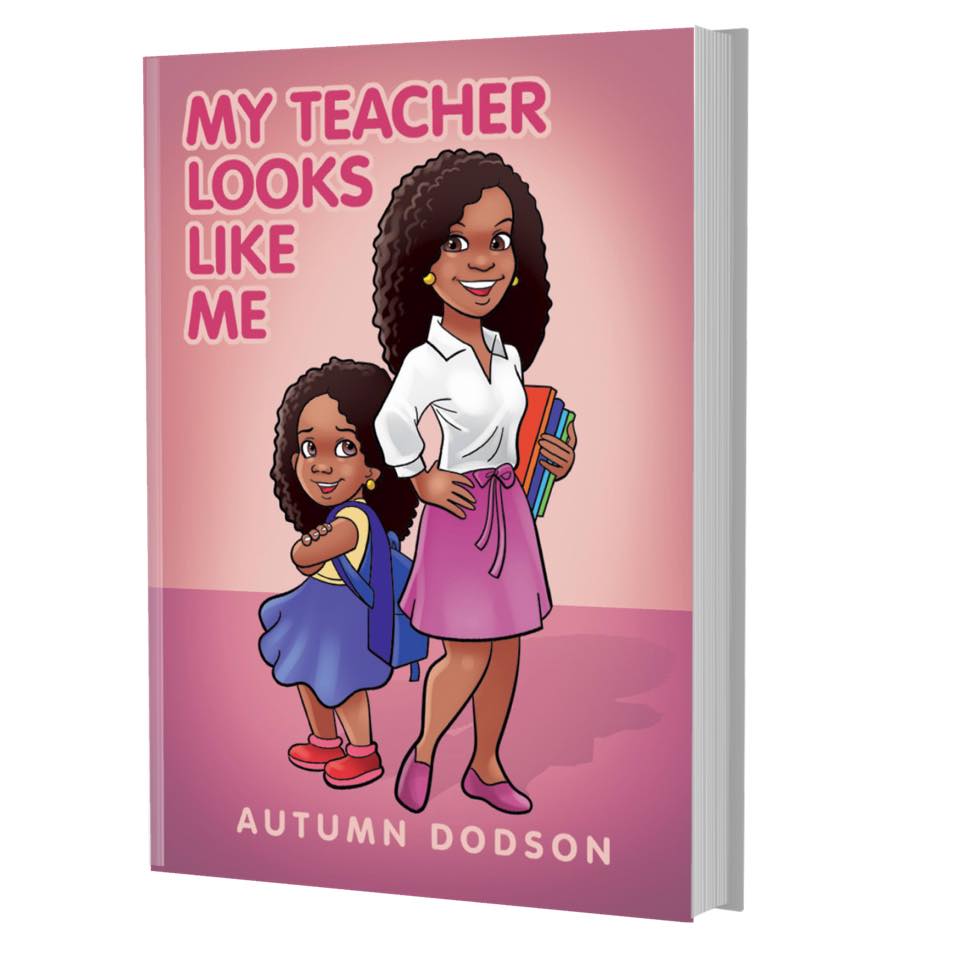 My Teacher Looks Like Me by Autumn Dodson. Photos from author site.

Some of the first adult role models for a child outside of their immediate family often come from their teachers. Ideally those teachers are people that children can relate to and can sense a positivity from that they can imitate in their own lives and grow from. Autumn Dodson is one such teacher, giving her second-grade class at Simpson Elementary School a chance to learn from a teacher who can help them see things from new perspectives.

Through her work at the school, Dodson was inspired to write a children’s book titled “My Teacher Looks Like Me” because of a meaningful interaction with one of her previous students.

“I am the first African American teacher at Simpson Elementary. It was last year in one of my parent teacher conferences that Naomi’s (who is the main character in the book) mom explained that I had made the biggest impact on her daughter’s life. It was in that moment that I realized that I am making a difference, and I am exactly where I need to be,” Dodson said.

Dodson mentioned that she had not necessarily planned to write or publish a book, but that the idea came to here rather organically, informed by past experience.

“As I was growing up, I always thought it would be really cool to write a book, but I never thought that I would actually end up doing it. I am currently getting my doctoral degree in education. My dissertation topic is on the effectiveness of African American teachers in the classroom.

As I was doing research, I realized that the lack of African American teachers is a huge issue in education. I got the idea to write a book based on a personal experience I had from one of my previous students, who was an African American,” Dodson said.

Children’s insecurities related to race can be very confusing and damaging if not addressed in an understandable way, so books like these can be a tool for change, in addition to fostering an inclusive and diverse environment.

“I believe it is important for schools to have a diverse staff. All kids should have someone who looks like them. It should never be a point where a kid totally feels isolated because they do not think they belong or cannot relate to someone else in that setting,” Dodson said.

The official release date for the book is May 23, with a book launch party held on the Peachtree Corners Town Green on that date. If you are interested in purchasing a copy, visit autumndodson.com for more information.