Isn’t it amazing that out of the 17 square miles that make up Peachtree Corners, there is always a park or trail within a few minutes drive or walk? From the popular and well-visited Jones Bridge Park, to the wild and ever-changing trails of Simpsonwood,to the Pinckneyville ponds, and the newest Connector Park Trails in Technology Park, there is always a place to get away from the everyday hustle-bustle. It’s also a photographer’s dream for nature, wildlife, and landscape photography, as shared in this issue by members of the Peachtree Corners Photography Club. The meetings of the Club are open to everyone from beginners to pros.

For more information about the Club, go to their website at https://pcphotoclub.org.

Top then Left to Right:

Even in the long, hot days of summer, chilling in Peachtree Corners is a breeze. Kids dance
in the refreshing fountain at Town Center, get “snow-bubbled” at the annual festival,
feed the geese in the Chattahoochee or laze in a swimming pool. Adults enjoy outdoor recreational activities, concerts and social time, and succumb to the occasional afternoon nap. Pets find ways to chill out too, in water and shady spots, and love extra time with their humans.

Enjoy these photos of the lazy, hazy days of summer from members of the Peachtree Corners Photography Club. The monthly meetings of the Club are open to everyone, from beginners to pros. For more information about the Club, go to their website at pcphotoclub.org.

Major Rodin Exhibition at the High Museum of Art This Fall 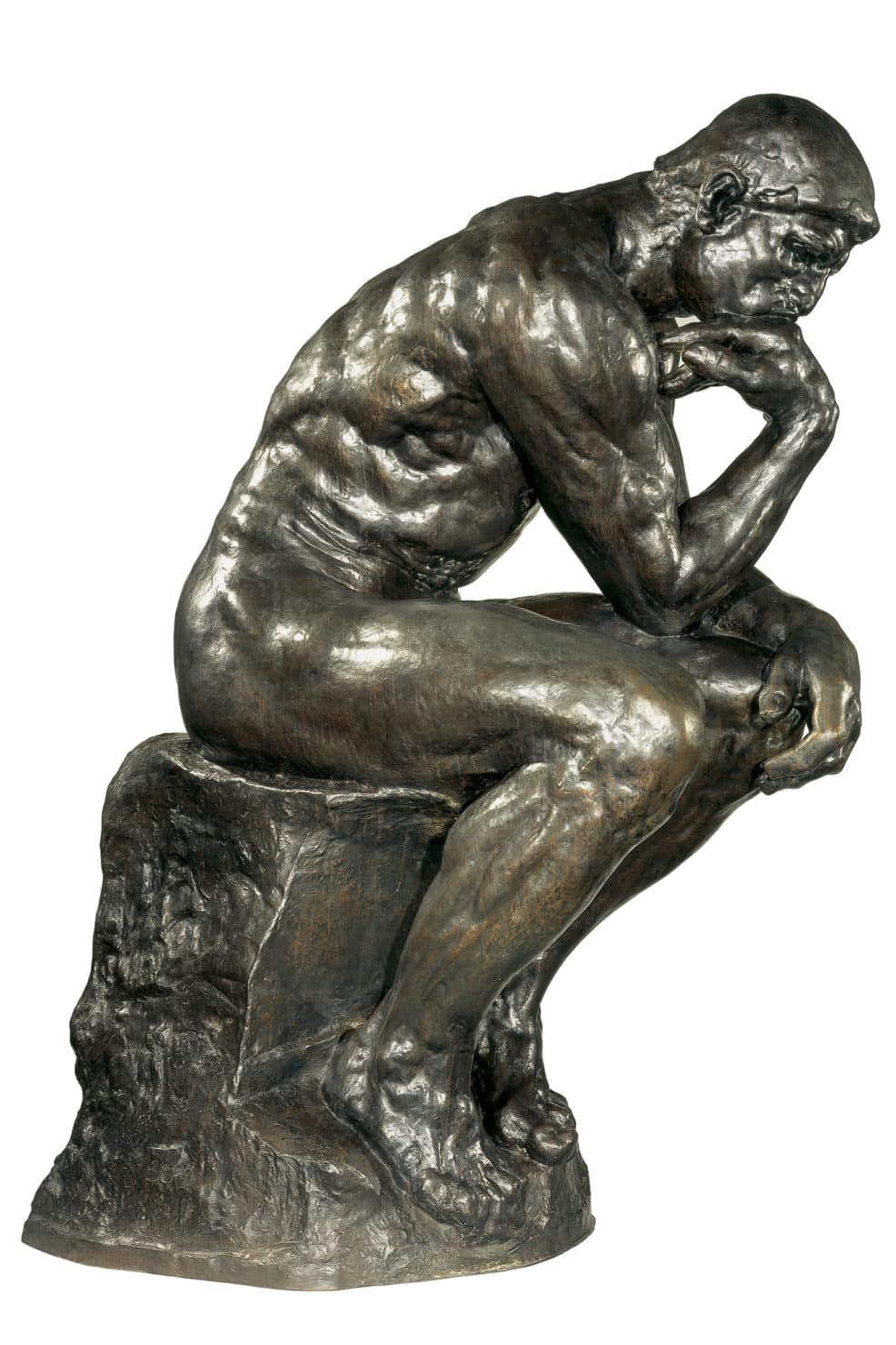 Auguste Rodin (French, 1840-1917) is one of the most celebrated sculptors of the modern age, represented in museums and private collections across the globe. However, this was not always the case. From his first sculpture to enter an American museum in 1893 and culminating with his popular revival in the 1980s, “Rodin in the United States: Confronting the Modern” — on view at the High Museum of Art Oct. 21, 2022-Jan. 15, 2023 — follows Rodin’s rise to eminence in America due in large part to the collectors, critics and curators who helped make it happen. The exhibition will also reveal Rodin’s incredible daring and inventiveness as he continually pushed against and beyond traditional notions of sculpture.

“Though now holding pride of place in major American museum collections, and renowned for its distinctive aesthetic, it’s perhaps only in the last 40 years that Rodin’s work has become recognized as among the greatest achievements in Modern art,” said Rand Suffolk, Nancy and Holcombe T. Green, Jr., Director of the High. “This exhibition takes the audience on a journey, as Rodin’s reputation builds, declines and rises again. It’s a fascinating story, illustrated by many of Rodin’s most striking and beautiful works.”

The 45 sculptures and 25 works on paper in the exhibition encompass many of Rodin’s best-known compositions, including “The Thinker,” “Monument to Balzac” and “The Kiss,” as well as less-familiar subjects and an exceptional number of his expressive and probing drawings. The works show Rodin working across an array of media — from terracotta and plaster to bronze and marble — and illuminate his creative process, from studies and maquettes to completed works.

“All of us have stood awestruck in front of Rodin’s more-than-life-size figures, like the 9-foot ‘Monument to Balzac’ or the massive, 2,000-pound ‘Thinker’,” said Claudia Einecke, the High’s Frances B. Bunzl Family curator of European art. “But it is a testament to Rodin’s unsurpassed power of evocation that even diminutive figures, such as the 5-inch ‘Female Torso’ or a 6-inch portrait head of the actress Hanako, can impress us with the same physical energy and monumental presence. Visitors will be delighted to see the breadth of Rodin’s work in this exhibition and to learn how he came to be among the 20th century’s most revered artists.”

Rodin’s path to acceptance in the United States was a complicated, winding one, and the stories of the collectors and institutions that embraced his work reveal a desire to look beyond the conventional to confront, and embrace, the modern.

Rodin first gained significant attention in the United States in 1893, when the Metropolitan Museum of Art made the first acquisition of his artwork by an American institution. That same year, he made his controversial debut at Chicago’s World’s Columbian Exposition with three marble sculptures, which were quickly judged too provocative and moved to a private space that was only accessible by request. As the exposition progressed, however, the censorship propelled public interest in his work.

This notoriety sparked an early-20th-century collecting frenzy, promoted by noted philanthropist Katherine Seney Simpson, avant-garde performer Loïe Fuller, and collector Alma de Bretteville Spreckels, among others. The exhibition details the intriguing confluence of these Rodin enthusiasts and the roles they played in generating interest in his art.

In 1954, Museum of Modern Art Director Alfred H. Barr Jr. requested a bronze cast of Rodin’s “Monument to Balzac” for the museum’s collection, which spurred scholars and critics to reappraise Rodin’s works. Nearly 30 years later, the National Portrait Gallery’s 1981 exhibition “Rodin Rediscovered” ushered in a resurgence of appreciation for Rodin’s art in the United States, which continues today.

“Confronting the Modern” traces these ebbs and flows of Rodin’s American popularity and includes loans of key works from more than 30 museums and private collections across the country. These works include:

The exhibition will be presented in the Cousins Family Special Exhibition Galleries on the Second Level of the High’s Wieland Pavilion.

Exhibition Organization and Support
“Rodin in the United States: Confronting the Modern” is organized by the Clark Art Institute, Williamston, Massachusetts, and guest curated by independent scholar Antoinette Le Normand-Romain.

Toast to Fairy Tales and Storybooks at the 2022 Highball Fundraiser

The High Museum of Art will invite more than a dozen of Atlanta’s most notable mixologists to compete at this year’s Highball, an exclusive craft cocktail competition fundraiser featuring themed sips, delectable bites and lively music on August 14 from Noon to 4 p.m. at The Foundry at Puritan Mill, 916 Joseph E. Lowry Blvd NW, Atlanta, GA 30318 .

This year’s theme is “Fairy Tales and Storybooks.” Each mixologist is asked to create their best themed drink for judges and guests to vote on. Early bird and VIP tickets will be available on July 1, and general admission tickets go on sale July 14. Visit high.org/event/highball-2022 for more information and to purchase tickets while they’re available.

“Highball is always a highly anticipated event for the Museum, not only because of the creativity presented by participating bartenders but also because of the community’s enthusiastic support for the arts,” said Allison Chance, the High’s Director of Development. “We cannot wait to taste the imaginative concoctions competitors create while revisiting our favorite childhood tales with each drink.”

The 2022 Highball will feature 16 of Atlanta’s top bartenders, who were hand-selected by the event’s host committee:

Each bartender will unveil an original cocktail recipe at the event to compete for Highball’s top honors. Guests are invited to sip each cocktail and vote for their favorites. Local judges, talent agent Mara Davis, 2019 Highball winner Erika Moore and Thrillist writer Joshua Robinson will score each cocktail based on five categories: appearance, taste, complexity, balance and originality. They will then combine votes to select the winners: Luxury Mixologist, Top-Shelf Mixologist and Classic Mixologist. In addition to bragging rights, each winning bartender will receive a cash prize.

Guests will enjoy music by DJ Dmark and storybook-inspired bites by Dennis Dean catering throughout the afternoon.

Doors will open at Noon for VIP access, with general admission beginning at 1 p.m. Cocktail enthusiasts age 21 and older are encouraged to attend; all proceeds will benefit the High Museum of Art. Early bird tickets are $65 for High Museum of Art members and $85 for not-yet-members. Beginning on July 14, regularly priced tickets will be available at $75 for Museum members and $95 for not-yet-members. VIP tickets are $125 each. Tickets may be purchased online at high.org/event/highball-2022.

Guests are encouraged to flaunt their favorite Sunday brunch-chic attire for the occasion.