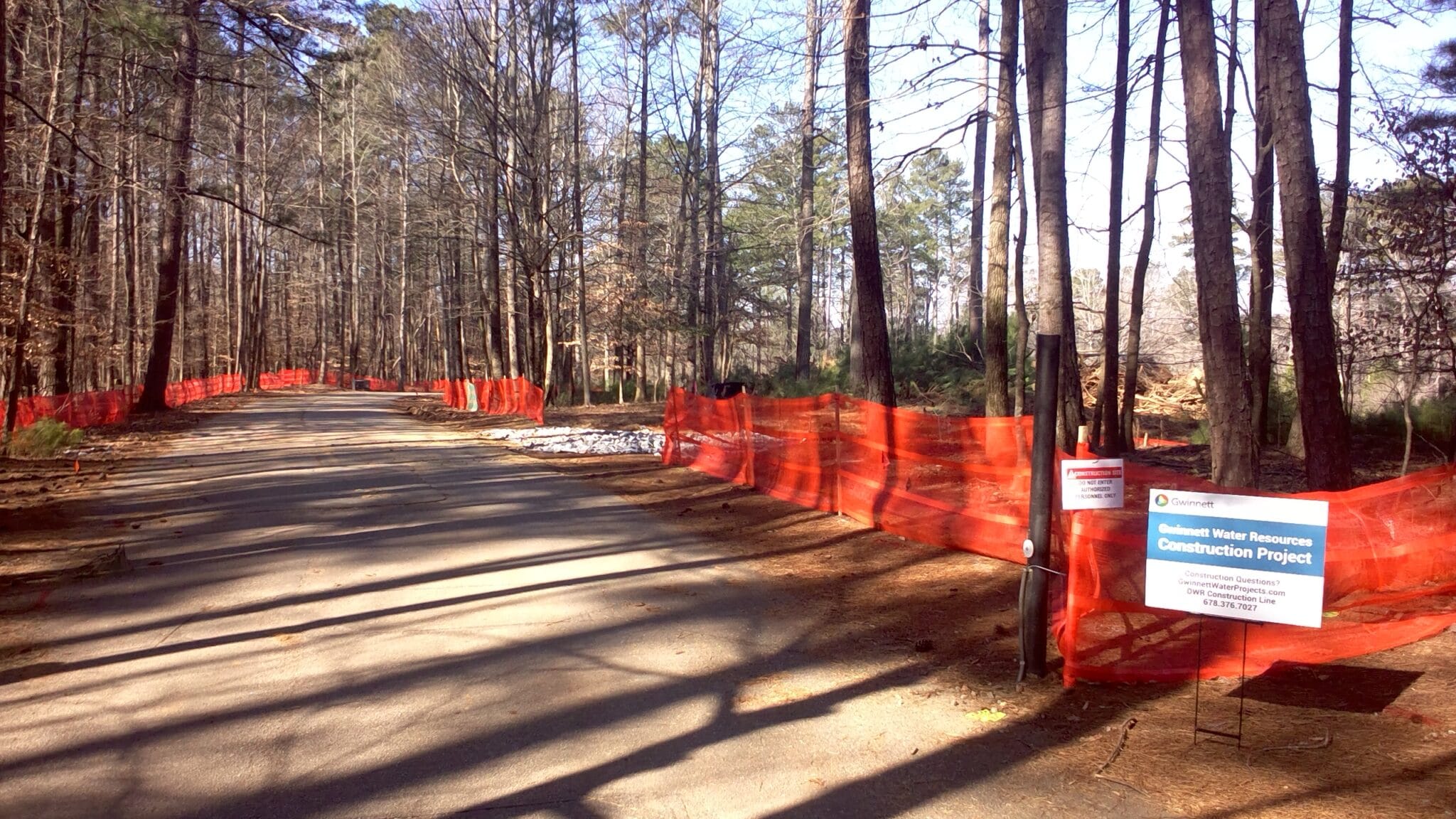 Ask any long-time homeowner about maintenance and you’ll probably hear a groan followed by hours of cautionary tales about leaky roofs, busted pipes or sagging foundations. Ask any municipal government and the to-do list is a thousand times longer.

One of the most noticeable maintenance projects in the metro area is keeping up with waterways and sewage systems.

According to a press release, the pipeline was installed in the early 1980s and runs parallel to the Chattahoochee River.  This sewer upgrade project also includes an expansion to the existing Wolf Creek Pump Station located inside Simpsonwood Park to increase the capacity to serve the recent growth in the area.  The pump station improvements consist of land clearing and grading to install a new emergency storage basin, electrical building, and generator.

Although 40 years may not seem such a long time to Generation Xers and those born prior to that era, renovation and modernization is needed to ensure continued reliability, according to GCDWR officials.

“This project will improve the reliability of this regional pump station by installing emergency storage, a new generator, an electrical building, grinders and a surge tank,” said GCDWR Director Tyler Richards during an appearance before the Gwinnett County Board of Commissioners last year.

She shared the scope and intended outcome of the project.

“The project will also increase the capacity of the pump station for future growth by installing new larger pumps,” she added.

The Gwinnett County Board of Commissioners unanimously approved the project in November. It was awarded to Lakeshore Engineering Group LLC in an amount capped at just under $10.5 million.

Unlike neighbors DeKalb and Fulton counties, Gwinnett hasn’t had the high rate of sewer leaks and federal government intervention to mandate projects to eliminate discharging untreated sewage into waterways including the Chattahoochee and South Rivers.

The intent of the project is to increase the firm capacity of the Wolf Creek Pump Station by replacing the existing pumps with new larger pumps.  Due to the scope of the project, a large number of trees in the area will be removed. The removal of the trees is required to allow for underground storage. Limited re-planting will commence once the project is complete

The project complies with Chattahoochee River Corridor regulations and is expected to take 18-24 months for the pump station and sewer upgrades. Construction is not anticipated to cause any sewer service disruptions, and the impact to the public is estimated to be minimal.

More information can be found at www.gwinnettwaterprojects.com.

Pour bacon grease down the sink followed by a stream of hot water may seem like a good way to get rid of unwanted fats, but it can create bigger problems further down the pipe.

Fats, oils and grease can cause serious problems for the sewer system. Fats derived from meats, cheeses, ice cream and butters; oils including vegetable, canola and olive oils, as well as oil-based salad dressings; and grease melted fat from cooking meats that becomes solid again at room temperature will solidify and cling to the walls of the indoor plumbing, as well as the public sewer pipes outside. Eventually, FOG accumulation can completely block these pipes and cause sewage to backup into homes or overflow from manholes and discharge into local streams. These overflows can cost taxpayers and the city money and pose a serious threat to the environment.

That is why consumers are urged to keep fats, oils and grease from going down the drain.

• Absorb small volumes of liquid food wastes such as milkshakes and sauces with paper towels or newspaper, then dispose of it in the trash.

• Pour used oil and grease into a container with a lid and place it in the trash for disposal.

• Wipe FOG from pots, pans and plates before washing to reduce the amount of residue going down the drain. Remember that hot water and detergents do break up FOG, but it will recombine when temperatures drop in the underground pipes and when the detergent is diluted by rinse water.

Information:  www.peachtreecornersga.gov and click on “Stormwater,” in the “Government” tab. 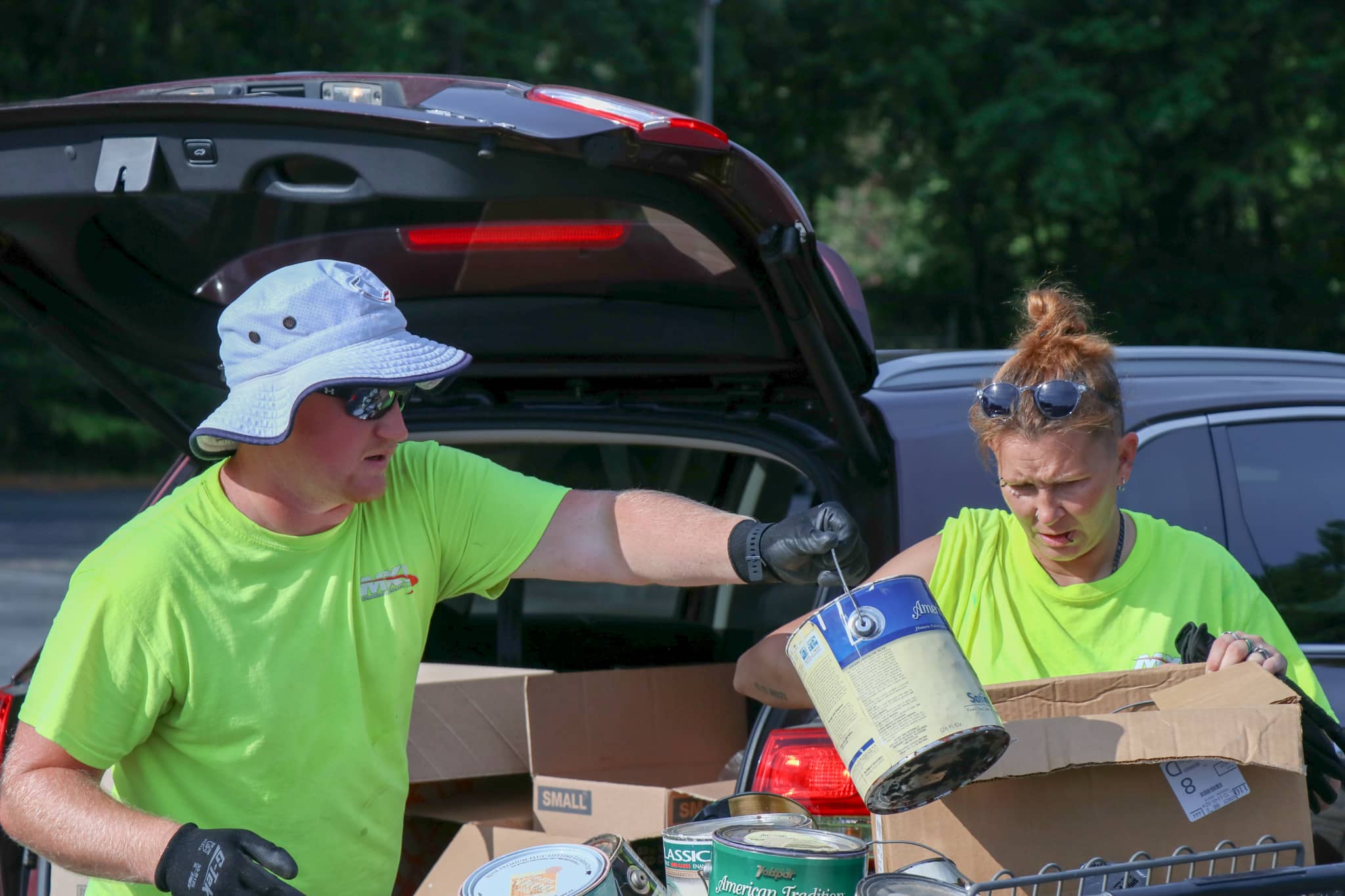 In February, Gwinnett Clean & Beautiful (GC&B), with its partners at Gwinnett County Department of Water Resources (DWR), will provide a free opportunity for its neighbors throughout the county to drop off household hazardous waste for recycling or proper disposal.

The first Household Hazardous Waste Collection Day of 2023 will take place Saturday, February 11 at Gwinnett County Fairgrounds in Lawrenceville from 9 a.m. to 1 p.m.

As a result of the biannual Household Hazardous Waste Collection Days in 2022, 1,422 Gwinnettians decluttered their homes while diverting 161,874 pounds of hazardous materials from local landfills. A bigger turnout is predicted for this year.

“To help ensure a smooth event, we’re seeking an additional 50 volunteers,” said Schelly Marlatt, Executive Director for GC&B. “We only have a four-hour window to collect materials from hundreds of cars, so this is a ‘the more, the merrier’ scenario.”

She added that it’s a great opportunity to spend some time outdoors, meet other people who have a heart for the environment, fulfill volunteer hours for school and club commitments, and do something good for the community.

“Volunteers will help direct traffic, be assigned a station to help haul materials from vehicles, break down boxes, and more. It’s easy but rewarding work,” she said.

Marlatt explained that when people throw household hazardous materials in the trash, it winds up in the landfill and could leech into the soil, contaminating groundwater and the environment. The dangerous combination of some of those materials during the disposal process could even lead to a chemical reaction resulting in a fire or explosion.

“It might not seem like it at the moment when our volunteers are collecting items from the trunks and backseats of our attendees’ cars, but we’re saving the planet — one pesticide, paint can, and propane cylinder at a time!” she said.

To sign on as a volunteer for this and future events, Marlatt encourages interested individuals and groups to visit Volunteer Gwinnett.

Attendees are permitted to bring up to five containers of household waste. Containers must be the size of a copy paper box or laundry basket, and — since they cannot be returned once removed from the car — disposable containers are recommended.

Acceptable items for collection include:

“While we traditionally collect items like tires, electronics, and paper for shredding at other annual recycling events like Earth Day and America Recycles Day, we will not have the capacity to accept those items at our Household Hazardous Waste Collection Day,” added Marlatt.

She suggested that attendees plan to bring their tires, and electronic and paper items to GC&B’s Earth Day Recycling Event at Coolray Field on April 22.

Items that will NOT be collected during the Feb. 11 event include:

Gwinnett County Fairgrounds is located at 2405 Sugarloaf Pkwy. in Lawrenceville. Volunteers are asked to report at 8 a.m. on the day of the event.

Questions about February’s Household Hazardous Waste Collection Day can be directed to Program Coordinator, Stephanie Marquardt at 770-822-5187 or gwinnettcb@gwinnettcb.org. 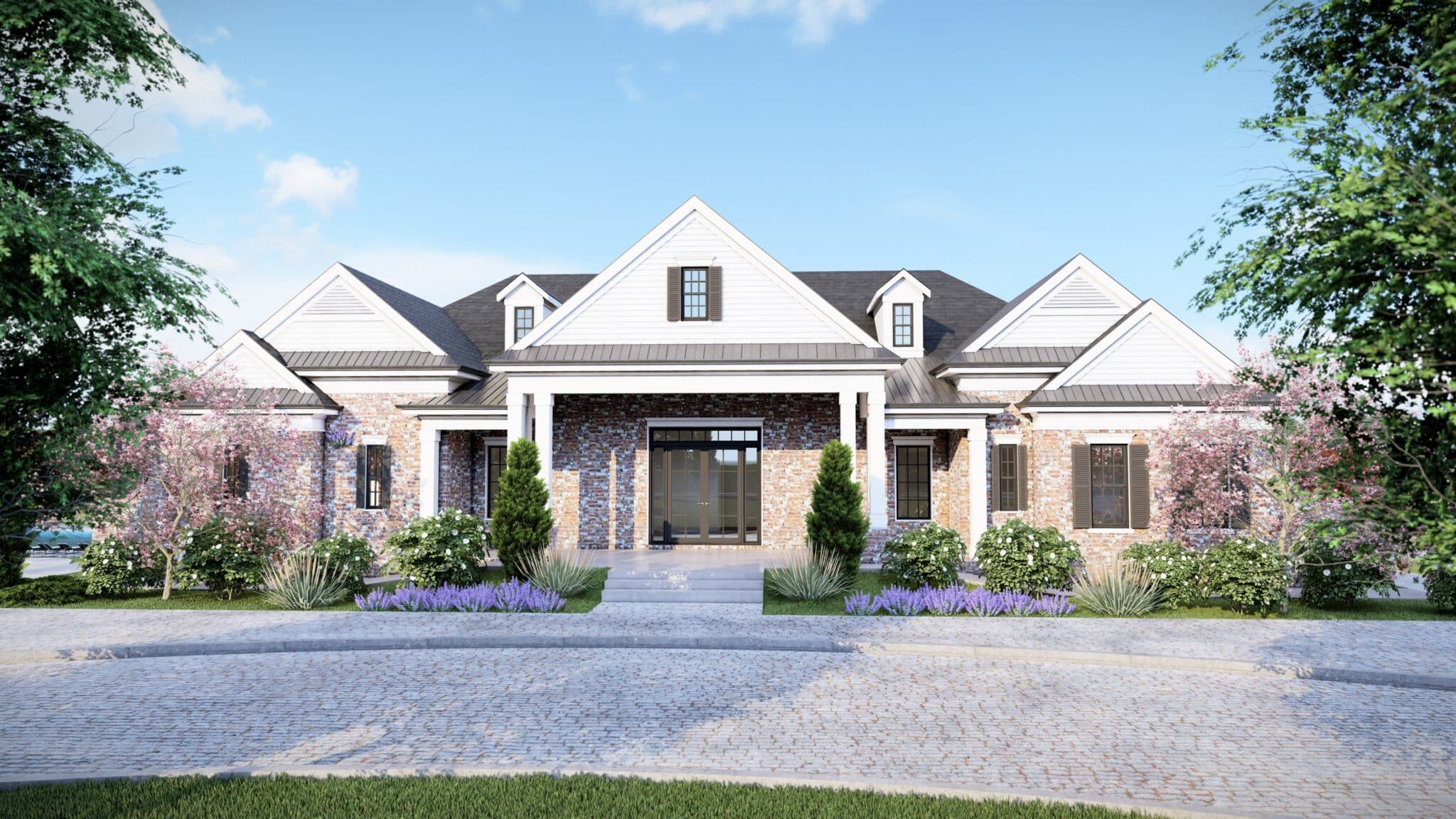 Atlanta homebuilder and developer The Providence Group and its joint venture partner East Jones Bridge River Holdings, LLC have announced that framing is nearing completion on the clubhouse in their Waterside community. The neighborhood is located one mile from The Forum on Peachtree Parkway.

The Providence Group is completing the framing of the 7,000+ square-foot community clubhouse that features a large gathering area, card room, catering kitchen, and conference room on the first level. The basement level has a state-of-the-art fitness center, aerobics room, and massage rooms.

Additional amenities include an outdoor swimming pool, pickleball courts, and walking trails that wind along the .7-mile frontage of the river and throughout the community.

“Waterside is the epitome of luxury and lifestyle near the heart of Peachtree Corners Town Center,” said Ty White with East Jones Bridge River Holdings. “We are thrilled to celebrate the construction progress of the community clubhouse for this community.”

Set along the shores of the Chattahoochee River, Waterside is designed to provide multiple housing options for those looking for a true age-in-place living. It is located just off East Jones Bridge Road, so the community is convenient to quick interstate access as well as shopping, dining, and entertainment venues, including The Forum and Peachtree Corners Town Center.

Several of the townhome designs also include optional elevators. There are eight quick move-in townhome opportunities priced from the $600s.

Construction is nearing completion on the first condominium building, featuring unique one-, two- and three-bedroom condos with private garages and no shared corridors. These homes range from 1,500 to 2,500 square feet, all on one level, with open-concept designs.

Model homes showcasing these home designs are planned to be completed in March. Waterside condo prices start in the mid $400s to the high $500s.

A future phase of the Waterside community is planned to include independent living, assisted living, and memory care facilities for owners 55 and older. 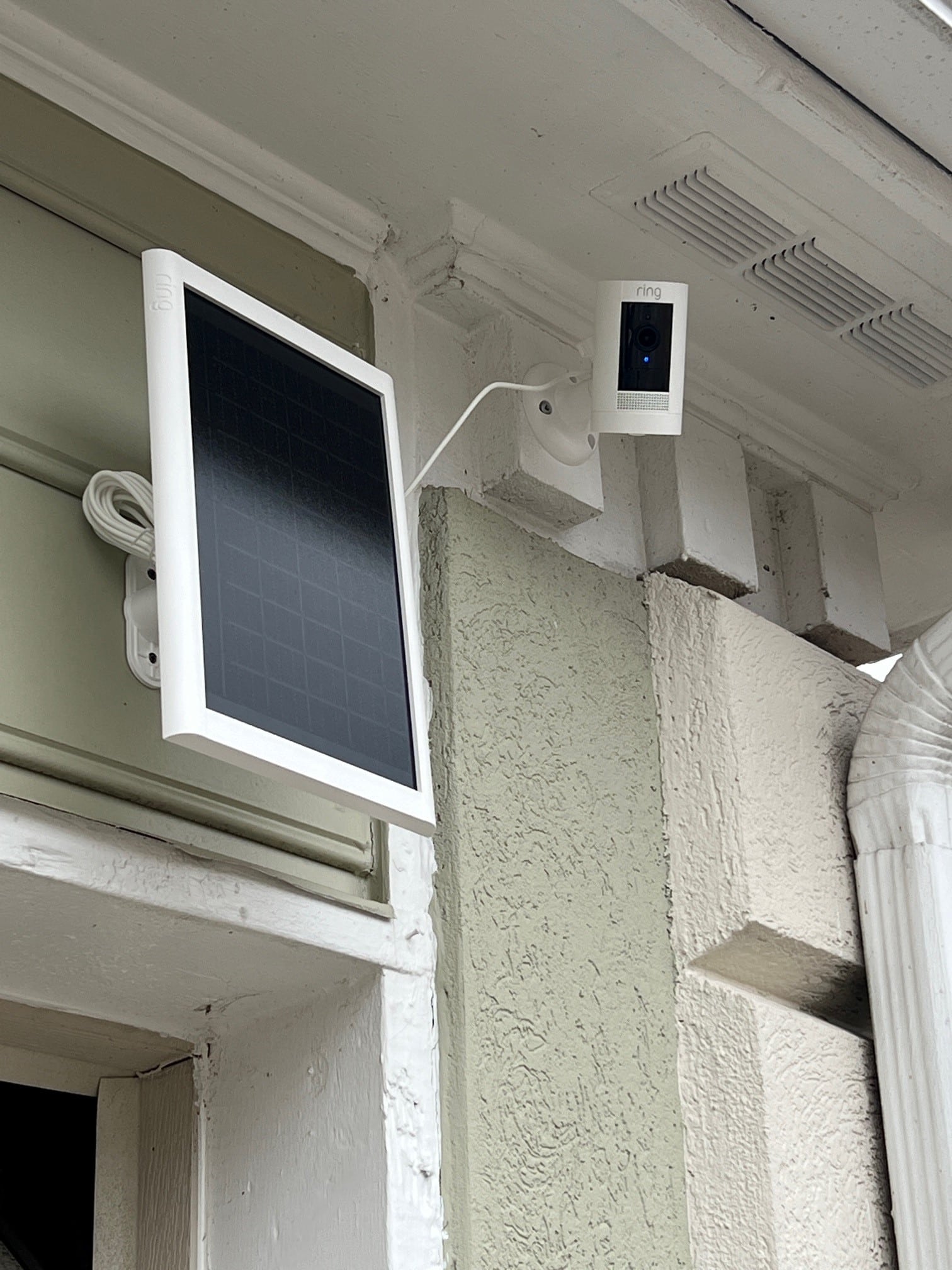