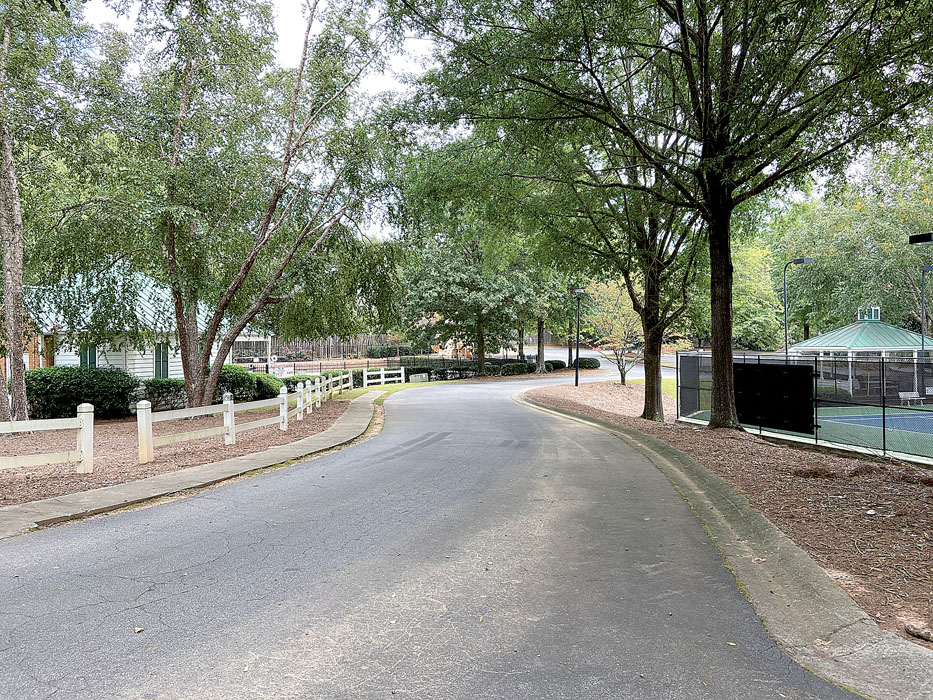 The Avocet community, originally built in 1997, has had its fair share of changes throughout the years. The residents have worked hard to build a beautiful community and nurture it, and now they work together to keep the neighborhood running smoothly.

Tom Cole, a member of the Avocet community for over 10 years and the current homeowners’ association (HOA) president, reflected on how the community has changed. He talked about the number of young families that have moved in recently and remarked that it’s nice to have young children laughing and playing in the neighborhood again.

It hasn’t been easy for parents since the COVID-19 pandemic started, so living in a community like Avocet has helped the residents cope. The community still hosts block parties (now socially distanced), pizza parties for the children, and the “Football Tailgate” party — not to mention the parking lot hangouts put on by the residents themselves.

Cole observed that there used to be more activities going on in the neighborhood, but he said that as long as someone volunteers to help, it all comes together.

His decision to open the pool after the quarantine was over was not an easy choice, but he maintained that it was “the right thing to do.” Parents and kids alike were growing antsy to be outside and enjoy the sunshine, and this way, Cole said, he left the choice in the hands of the residents — with a few new pool rules of course. New state-of-the-art security measures and key fobs have made it easier to control the crowds at the amenities.

Cole explained that with the way the HOA is set up, “no one person has all of the power.” It hadn’t always been that way, though.

When Jeanne Aulbach first moved to the Avocet community in 1999, it never crossed her mind to become a part of the neighborhood politics. That is, until the area was hit by a drought that left her with a giant brown spot on her lawn.

It was nothing to worry about, she thought. She figured that once it did rain, she could take care of it. But then Aulbach received an unsettling “final warning” from the neighborhood’s management company. She was surprised to learn that they were unreachable to speak to about the issue — and that made her rethink how the HOA should be run.

“I was so frustrated by the situation,” Aulbach said. So, she decided to get involved and join the board of the HOA. The very first thing she did was throw out the old management company and replace them with one that was able to respond in a timely manner.

“I wanted to make the whole process of the HOA more friendly,” she said. “To me, that meant no more warning letters.”

These days, when the Avocet community has an issue, it is dealt with in person and they resolve the problems face-to-face. (Imagine that!)

Aulbach has since been on the City Council since 2012, and she shared her dreams and challenges along the way. She spoke of when the city widened South Old Peachtree Road, and the neighborhood was left with nothing but bare dirt on the side of the road.

After Aulbach went to the county to ask for assistance, it provided Avocet with new grass and plants which were installed by a prison work program. She said that experience left her with a sense of accomplishment. She began working with the United Peachtree Corners Civic
Organization (UPCCA) and went on to with the mayor.

“The mayor has done such a great job in showing leadership,” Aulbach said, speaking highly of Mayor Mike Mason. She added that she dreams that one day, land rezoning decisions will be made on a more local level.

Residents like Aulbach show the community what it looks like to get involved in the decisions being made and help shape the city into what it’s become — one of the most desirable places to live.

A history of leadership continues

Avocet is the community where decisions are being made. In fact, when the very first city townhall meeting was held in 2012, it was held in the Avocet clubhouse.

Cole pointed to the close interest that residents are taking in the new pedestrian bridge between the Forum shopping center and Town Center. He said that the while residents of Peachtree Corners don’t always agree about what’s best for the community, they sure do care enough to get involved in the future of their city.

“I am so proud of what we have done for the city,” Cole said. “There is so much positivity in the air, with Curiosity Lab and approximately 400 new jobs projected to come to Peachtree Corners within the next year.”

In the wake of everything that has happened since the start of 2020, the spirit of the people of Peachtree Corners remains strong. And with residents like those in the Avocet community, the city has a lot more to look forward to.

Kris Bird is an Atlanta-based freelance writer who specializes in Marketing and Communications. After earning her degree from Stony Brook University, Kris has been working as a science fiction and fantasy novelist for the past decade. 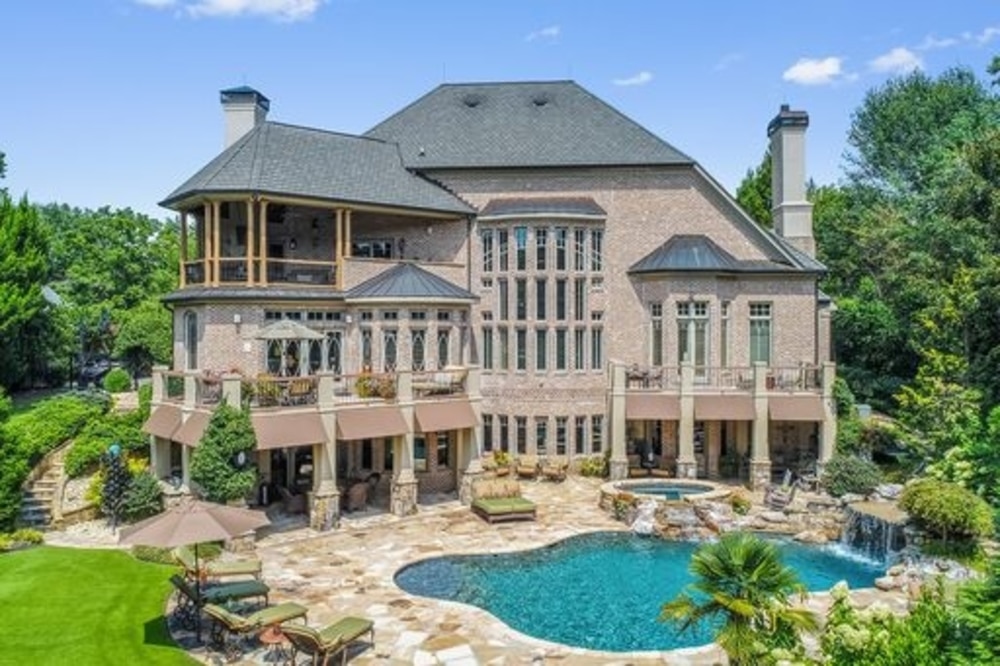 A truly unique home has come to the market in the oldest neighborhood in Peachtree Corners, Riverview Estates. Riverview is a vibrant community of 150 homes along the Chattahoochee River, and boasts of a rich Peachtree Corners’ history.

The History of the Property

Back in the late 1960’s, the Atlanta Athletic Club (then called East Lake Country Club and located in Avondale) decided to build a new golf facility on Medlock Bridge Road in Duluth. At that time, the majority of the area was farmland and neither Peachtree Parkway(141) nor Peachtree Industrial Boulevard existed.  The only way to get to the new Club was to drive up Buford Hwy through downtown Norcross to the 2-lane Medlock Bridge Road.

Tom Forkner and Joe Rogers, Sr., the co-founders of the Waffle House chain, wanted to move close to their Club. On September 19, 1968, they purchased 63 acres from Mr. Horace Medlock for $1,000/acre. A portion of the property was swampland, which was turned into a lake.  The land along the river was in a floodplain, so it was made into a horse pasture. The remaining acreage was divided into lots and sold for $12,000/acre to fellow Club members. The lots around the lake shared equally in the ownership of the lake and pasture.

An additional 131 acres was purchased a few months later from Edwin Medlock, Horace’s brother, and by then lots were selling so fast they were able to raise the price 20 percent. Riverview Estates was born. The first 2 houses were completed in 1971 and occupied by Tom Forkner and Joe Rogers, Sr. Rumor has it they would hit golf balls from their backyards across the lake at each other.

Riverview Estates quickly became a popular neighborhood for its large lots, diverse architecture, and welcoming residents.  Most of the original homeowners never moved out of the subdivision.  They developed a tightknit group and the HOA owns volumes of scrapbooks chronicling the neighborhood events over the decades. In recent years, the neighborhood has seen an influx of younger families eager to purchase an older home and renovate, breathing new life into this unique community.

The Property today and hopes for the future

Today the Rogers’ property affords an amazing lifestyle to its residents. The current homeowners of the luxurious estate are Deena and Sean Coughlin, who have raised their family there for 12 happy years. You might know Sean from C2 Partners LLC, a commercial real estate firm. Many also know Deena as the franchise owner of Gigi’s Cupcakes At The Forum, a local 10-year staple that recently closed due to Covid-19. Though the couple hates to part with the place they have called home for so long, they have decided it’s time to sell and to find a smaller place now that their two sons are almost all grown up.

“I just remember the very first night that we moved in and I called the previous owner. I was crying, walking around my backyard thanking him for selling it because I was so excited,” said Deena.

The Coughlin’s two sons grew up with a deep love and appreciation for the outdoors simply because they had a front row seat to nature.

“It was an amazing place to raise little boys because we had the lake behind us, and they would go out and kayak and fish every night. And then there is the pasture at the end of the street with the barn and they would ride 4 wheelers and dirt bikes,” said Deena.

Features of the Property

Sitting right near the 10-acre stocked and professionally maintained lake, the house also has a freeform pool, hot tub, outdoor kitchen, fireplace, firepit, and boat ramp.  Three separate decks and two patio areas overlook the backyard. Residents enjoy the neighborhood’s riverfront park and an active HOA, along with the semi-private 15-acre pasture with river access, barn, and grilling area. The Coughlins hope to pass the place on to a young, active family that would love and cherish it as much as they have. For more information, contact Sean Coughlin at sean@c2partnersllc.com 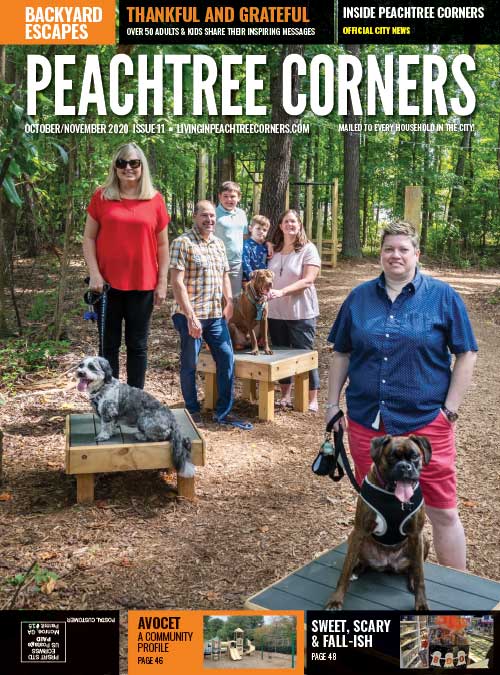